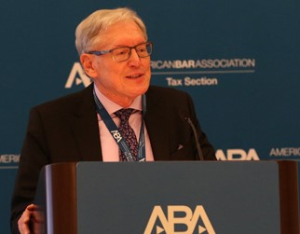 Hardin Matthews spent an exceptional career embodying the very characteristics this award seeks to acknowledge. His dedication to low-income taxpayers is noteworthy not only for the years of service, but also for the breadth of service. After retiring from Ropes & Gray, where he performed pro bono services for clients over the many years of his career, he dedicated himself to finding ways to help low-income taxpayers. He completed a year-long fellowship with the Access to Justice Program at Greater Boston Legal Services (GBLS) and continued to volunteer after the fellowship dedicating over 3,700 hours of volunteer attorney time in just five years. He goes above and beyond in his service to taxpayers, linking them to other needed resources. In addition to achieving life-changing victories for low-income taxpayers, he is a steady source of legal research and mentorship for other attorneys both at GBLS and Harvard’s Low-Income Taxpayer Clinic (LITC). Hardin volunteers for the Volunteer Income Tax Assistance (VITA) program in Chelsea and Revere, Massachusetts. He also led a statewide advocacy project to improve the interactions of low-income taxpayers with the state revenue agency in Massachusetts. 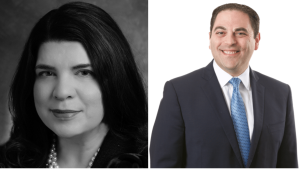 Kelley Miller [Reed Smith, Washington, D.C.] and Larry Sannicandro [McCarter & English, Newark ] were jointly selected to receive the Janet Spragens Pro Bono Award because in designing and implementing the Exonerees’ Tax Assistance Network, they created an entirely new form of low-income taxpayer assistance that is nothing short of extraordinary. For years, wrongfully incarcerated individuals who received compensation for their time behind bars were required to pay income taxes on the settlements they received from government organizations responsible for their wrongful incarceration. Congress changed the law in 2015 to exempt exonerees from paying income taxes on civil damages, restitution or other monetary awards received as compensation for their wrongful incarceration. Despite the passage of the Wrongful Conviction Tax Relief Act of 2015, many exonerated individuals remain unaware of their right to a refund of tax paid on their compensation, much less the applicable filing deadlines. Kelley Miller and Larry Sannicandro saw an opportunity to help people who have been significantly disenfranchised and would not otherwise have the ability to claim what is rightfully theirs.

The ingenuity and dedication that went into successfully launching this important and unique program deserves recognition. In addition to the meaningful impact of this program, Kelley and Larry have both dedicated significant time, effort, and expertise to advancing the mission of the Tax Section through leadership roles, mentorship and training of new tax lawyers.

The ABA Section of Taxation Pro Bono Award was established in 2002. Its name was changed to the Janet Spragens Pro Bono Award in 2007 to honor the work and legacy of the late Janet Spragens, founder of the first LITC now named for her at the Washington College of Law at American University. Professor Spragens worked for many years to ensure representation for low-income taxpayers. The award is presented each year to an individual or law firm that has demonstrated outstanding and sustained commitment to pro bono legal services, particularly with respect to federal and state tax law.