Harvard’s Faculty of Arts and Sciences strongly favor United States Senator Elizabeth Warren (D-Mass.) over other 2020 Democratic presidential hopefuls, according to a survey of FAS faculty conducted by The Crimson.

Forty-four percent of faculty members who took the survey said they back Warren, a former Harvard Law School professor. The tally is far higher than any other presidential hopeful. U.S. Sen. Bernie Sanders (I-Vt.) boasted the second-highest level of support among surveyed faculty at 20 percent.

A mere three of the 260 respondents said they support President Donald J. Trump in his re-election campaign.

The Crimson distributed its faculty survey to more than 1,000 members of the FAS in late February, polling Harvard’s flagship faculty on key University policy decisions, pressing issues on campus, and challenges they face as academics. Emeritus, tenured, tenure-track, and non-tenure-track faculty all received the survey. 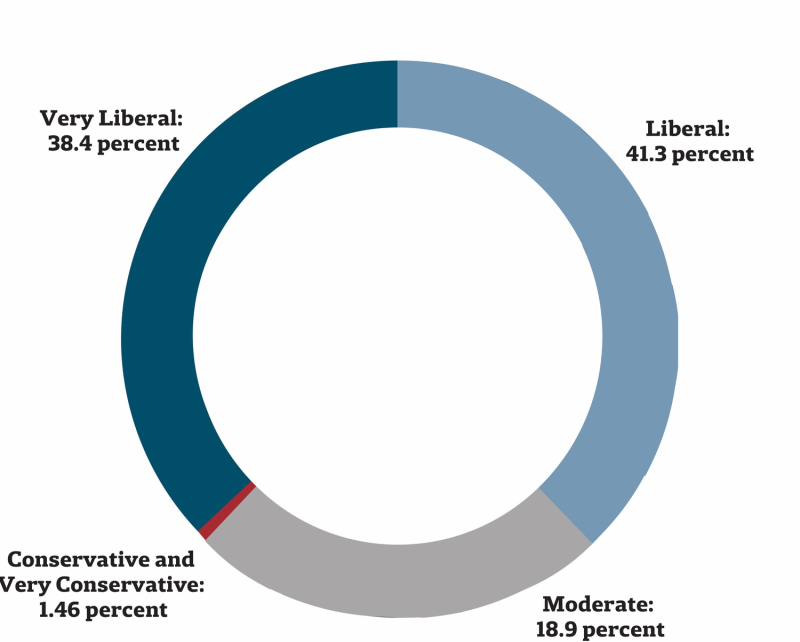 Also note that "moderate", even self-described, is highly relative at a place like Harvard. These are by no means the same types of moderates who make up a plurality of the electorate in the U.S. as a whole.

If Harvard ran the country, we'd be well to the left of Scandinavia in terms of fiscal policy. And that's not a good thing.

I think the tax exemption of Harvard et al. Needs to be looked at following the election

What conservative Harvard faculty member would be so reckless as to participate in a survey of this sort? And I don't find it at all surprising that the majority of faculty supported ... surprise, surprise, one of their own, E. Warren. Talk about being tribal.

1) Uh oh, employees at a private institution might have political views!

2) 260 respondents? There are more than 2,400 professors at Harvard. Congrats on that ~11% response rate. Toss in the academic appointments at the med school and you're over 10,000 faculty.

3) So what? I mean, Harvard professor Alan Dershowitz likes to call himself liberal despite taking 0 liberal positions in the last 20 years.