However, when scoring the effects of legislation, the Congressional Budget Office and the Penn Wharton Budget Model, a think tank, use dubious assumptions that systematically put a thumb on the scale in favor of shrinking the government and against NPV-positive public investment. Rather than help correct shortcomings in CBO's approach, the PWBM often amplifies them, making assumptions that are even less plausible than those of the CBO. PWBM’s errors are not random such that they offset each other, but rather have a single systematic direction — all of the problematic assumptions and methodological problems put a thumb on the scale in favor of low taxes on the ultra-wealthy.

PWBM, like CBO, assumes away the short-term benefits of public investments while treating private investments more favorably, even though many private investments — in particular those relating to development of new technologies — take a long time to produce positive cash flows. The PWBM assumes away the long-term benefits of public investment for reasons that are irrelevant and patently wrong under established principles of valuation. The PWBM elevates the role of arbitrary timing assumptions instead of focusing on lifetime IRR and NPV. The PWBM assumes crowding out of investment, when the empirical evidence is as strong, if not stronger, for crowding in. The PWBM assumes a coming crisis when both financial markets and ratings agencies suggest that this is very unlikely. The PWBM assumes that the United States is overwhelmingly a closed economy with respect to international investment when the evidence suggests that it is overwhelmingly open. The PWBM assumes a shortage of capital, when negative real risk-free interest rates point to a capital glut. The PWBM assumes that only the extremely wealthy can supply sufficient capital, and that changes to taxes and spending that benefit middle- and upper middle-income individuals will not enable these groups to serve instead as suppliers of capital. The PWBM assumes that the wealthy react to higher taxes by saving less, when it is possible that they react by working harder or consuming fewer luxuries.

The many problems with PWBM’s analysis raise serious doubts that the PWBM’s analysis can be used as a guide in selecting policy choices that will increase economic growth or improve the well-being of most U.S. citizens.

Congress’s counter-productive approach to scoring legislation should be revised to more accurately reflect the well-established benefits of public investment and the ambiguous effects of taxes or public borrowing. 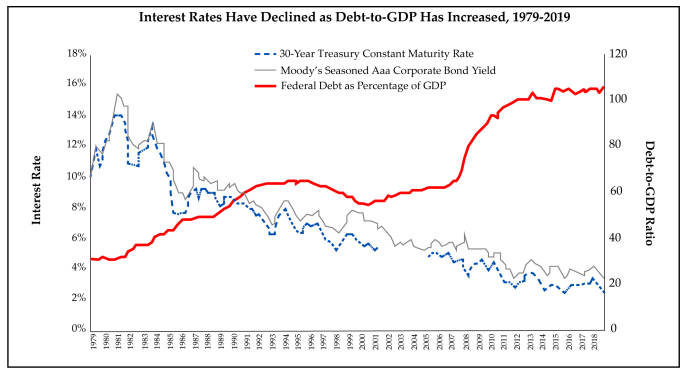