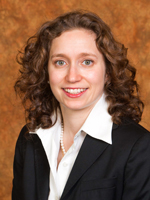 It has been decades since legal scholarship has seriously explored the role of local income tax laws in municipal finance, but recent federal and state court cases are changing the laws related to municipal income taxation. At the same time, local governments are increasingly searching for new sources of revenue, especially as they face increasing pension obligations and increasing maintenance costs on aging infrastructure. Among the political left, there has been a resurgence in interest in progressive taxation. So far, however, this political moment has not resulted in significant efforts to reform local tax policy, no doubt in large part due to the limited authority local governments often have under state law, but this may be changing. Meanwhile, there are also efforts at the state level to undermine local income taxes in Ohio, a state where local governments have long relied on such taxes.