Student loan debt has reached crisis levels, topping $1.64 trillion dollars this year and surpassing credit card debt to become the second largest source of debt held by Americans. When discussing student loan debt, it is easy to fixate on the aggregate impact of the burdens this debt places on taxpayers, the economy, and borrowers alike, such as the depressive effects that student loan debt has on marriage, homeownership, and entrepreneurship. Yet, a discussion of which graduates are saddled with the largest student loans and how their debt obligations impacts their career choices is often absent from conversations about student debt and has been understudied to date. This Article contributes to the discourse about student loan debt and its potentially negative externalities by investigating responses from an original survey administered at four law schools, revealing novel findings about law students’ expected debt loads, career choices, and intentions to participate in the Public Service Loan Forgiveness program.

In Part I of this Article, the student loan crisis is more closely examined with particular emphasis on its salience for law school graduates. In addition, the first part of this Article provides credible descriptive evidence that rates and amounts of borrowing to attend law school impact law students differentially on the basis of their endowed characteristics, such as race and parental education. 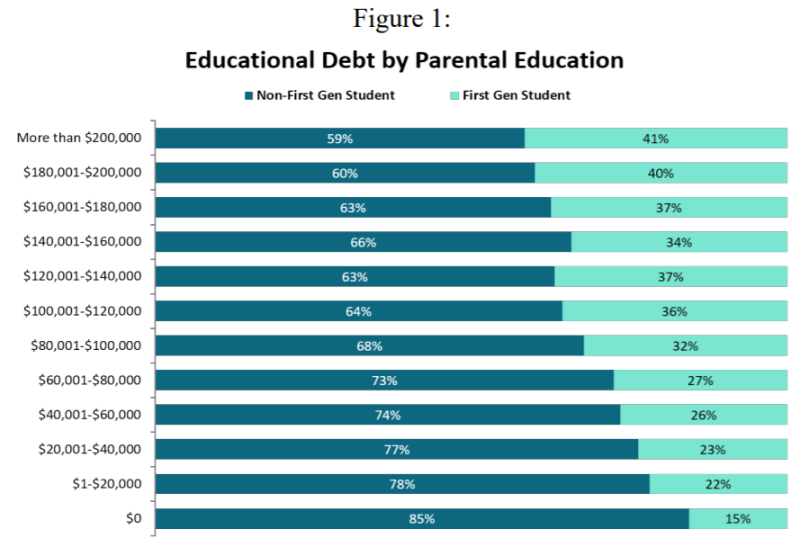 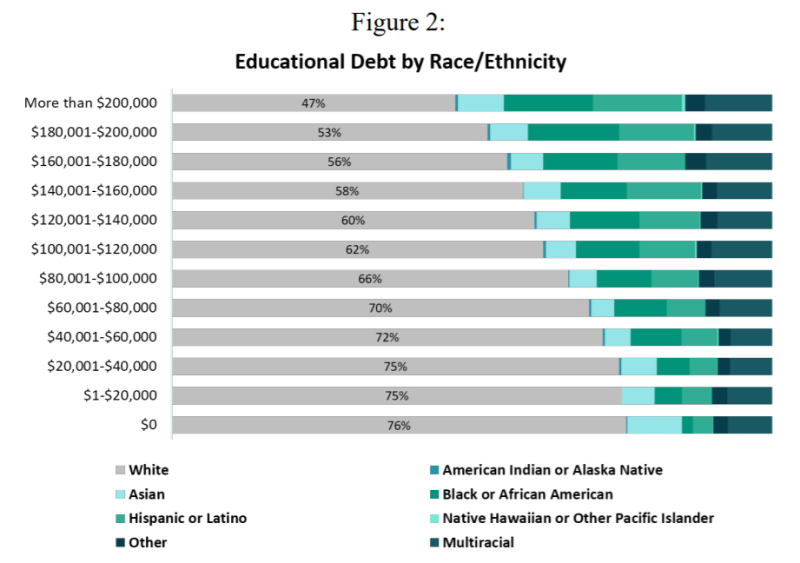 Seems another good place to note that per the Department of Education's College Scorecard, which meticulously collects salary info from tax records, the median law school's median starting salary is just $53k. Tens of thousands of dollars less than what the law school boosters pretend it is.

Kids that come from families with income well below the median U.S. household have no concept of how much money $200,000 represents. I was very circumspect about taking out six figure debt for law school because the amount of total anticipated debt was more than the current value of the house I grew up in, which took my parents 30 years to pay off, and we were slightly upper middle class. Unsophisticated higher ed consumers have no base of comparison like that. All they know comes from psuedo-professionals like guidance counselors who promote further education carte blache. So these kids just assume that there would be a way to make it all work, otherwise the adults they are told to trust would not be leading them down this path.