Julie Roin (Chicago) presents The Case For (And Against) Surrogate Taxation, 39 Va. Tax Rev. 239 (2019), at Duke today as part of its Tax Policy Workshop Series hosted by Richard Schmalbeck and Lawrence Zelenak: 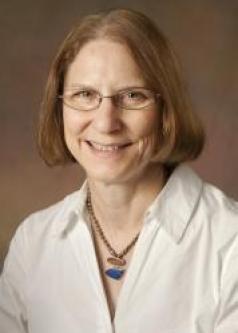 The 2017 Tax Cut and Jobs Act significantly revised long-standing rules regarding the tax treatment of many employer-provided in-kind benefits. Instead of including the value of these benefits in the recipients’ taxable income, for the most part the new rules disallow employers a deduction for the cost of providing the affected benefits. This article argues that the two components of this legislative scheme – relying on cost of provision as the measure of taxable income and on imposing the nominal tax obligation on providers rather than recipients – are distinct policy decisions. It argues that the better approach would be to require employers to allocate their costs of providing benefits among recipients of those benefits.

IV. The Bottom Line  Surrogate taxation has been lauded as the “second best” mechanism for dealing with a perennial tax policy dilemma: how to tax in-kind benefits provided by employers. This analysis certainly seems to have been accepted by Congress; the TCJA’s treatment of formerly tax-advantaged fringe benefits seems to adopt this approach whole heartedly. This article attempts to undercut some of the enthusiasm for this approach. In particular, it suggests that if the goal is to drive such benefits out of the system—to cause employers to move further in the direction of cash compensation, and to reduce the social inefficiencies of those benefits that remain—it may be better to force employers to allocate the costs of providing those benefits to their employee recipients.

Although this will impose a substantial recordkeeping burden on employers, it will provide employers with the knowledge necessary to drive many of the current inefficiencies out of the system. And some of the inescapable administrative costs of direct taxation could be ameliorated through the development (by Congress or Treasury or the Service) of simplified regimes for determining the inclusion amounts, as they have for other situations (like automobile expenses or expenses incurred while in travel status). Direct taxation of employees will be much more neutral as between types of employers. Corporations and nonprofits will lose the favored treatment that the newly revised law leaves them with.

It is worth reiterating that the inevitable side effect of disallowing deductions—or forcing income inclusions—for costs aimed at achieving non-compensatory business goals may not be entirely salubrious. Including in the tax base costs attributable to achieving noncompensatory aims makes employing the affected methods of achieving such aims relatively more expensive than other methods (if they exist) of achieving them. But that may be precisely the point—such overtaxation may spur employers to come up with other, less suspicious-looking mechanisms for achieving those noncompensatory aims. Success in doing so would lead to the ultimate in administrative savings. Once stripped of noncompensatory purposes, there would be no point in providing employees with compensation in noncash form, and these suspicious-looking transactions would not occur. Instead of receipts in kind, compensation would increasingly be paid in easily taxable cash. This assumes (perhaps counterfactually) that other mechanisms can be found to accomplish the noncompensatory aims of the targeted expenditures. Where they cannot, businesses will be hurt. But the inability to separate out these situations, coupled with the tax avoidance possibilities of doing nothing, may make this pain inevitable, or at least the lesser of two evils. And in any case, it cannot be assuaged by surrogate taxation.