Michael Lang (Head of the Institute for Austrian and International Tax Law, WU Vienna University of Economics and Business) presents Can Law Regulate its Own Interpretation? The Example of Double Taxation Conventions​ at the University of British Columbia Peter A. Allard School of Law as part of its Tax Law and Policy Workshop Speaker Series hosted by Wei Cui: 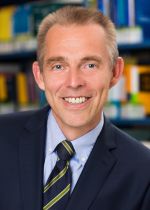 Against this background, one must also relativize the interpretation rules found in the VCLT. In the case of double taxation conventions, it is already questionable as to whether a legal basis exists for regarding them as binding rules at all. In addition, they are limited to highlighting individual aspects of the interpretation of international law treaties. Moreover, they can by all means be adequately used for a given subject. Accordingly, subsequent agreements between the Contracting Parties and a subsequent practice are only of minor significance—if any—in the case of tax law treaties.