Chronicle of Higher Education, Cheat on Your Homework? In This Harvard Class, Just Say You’re Sorry:

[I]n Harvard University’s wildly popular introductory computer-science course[,] Professor David J. Malan has incorporated a “regret clause” into his syllabus: If first-time offenders come forward and admit what they did within 72 hours, an instructor will give a failing grade on the assignment — but will not refer the case for disciplinary action.

Six years in, the clause — used by a tiny minority of students — has not pushed down the percentage of students in the class referred to the university’s honor council, according to a paper Malan released recently [Teaching Academic Honesty in CS50]. 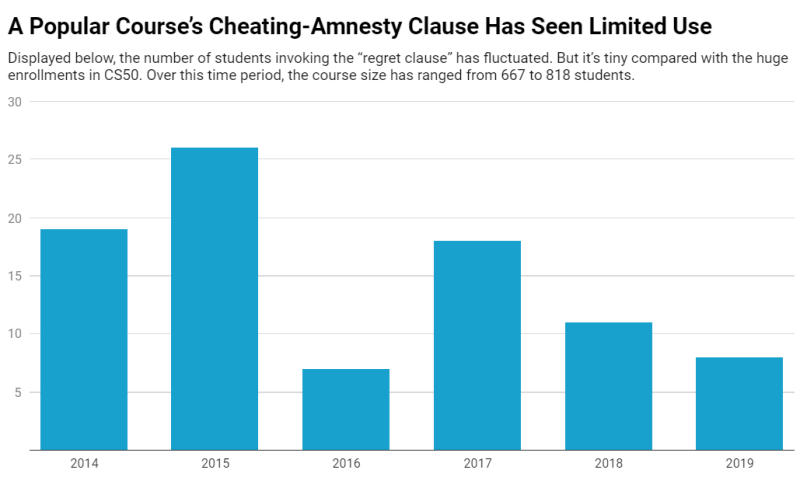 But he has learned some valuable lessons about why students cheat, and he believes conversations with regretful students may lead them to develop healthier work habits, like reaching out for help or attending office hours. He recommends that other instructors, even outside computer science, adopt the initiative for that reason.

“Acts of academic dishonesty were a symptom of larger concerns or pressures in their life,” Malan said of some cases. The conversations, he said, “made it much more real, and much more difficult, because now you are on the front lines, discussing these things with students.” Sometimes, in the conversations, the student cries.