The world’s 500 wealthiest people tracked by the Bloomberg Billionaires Index added $1.2 trillion, boosting their collective net worth 25% to $5.9 trillion. 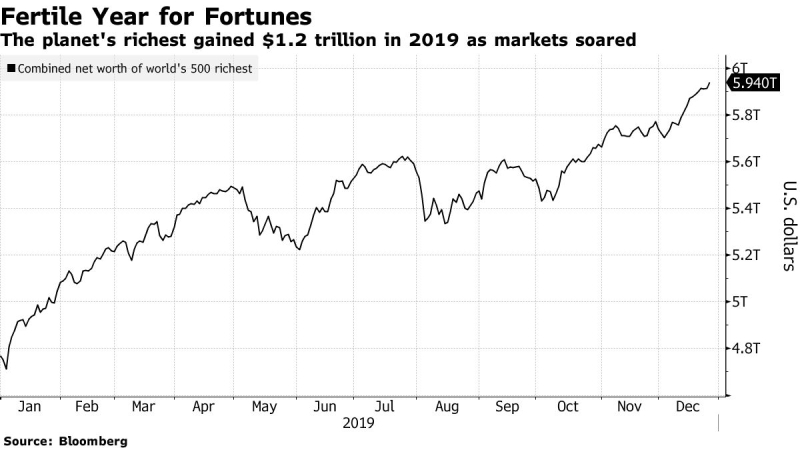 Such gains are sure to add fuel to the already heated debate about widening wealth and income inequality. In the U.S., the richest 0.1% control a bigger share of the pie than at any time since 1929, prompting some politicians to call for a radical restructuring of the economy.

“The hoarding of wealth by the few is coming at the cost of peoples’ lives,” Representative Alexandria Ocasio-Cortez, a self-described democratic socialist, said in a Dec. 12 tweet as the U.K. began to vote. ...

Amazon‘s Jeff Bezos was down almost $9 billion, but that drop is because of his divorce settlement with MacKenzie Bezos. The e-commerce titan is still ending the year as the world’s richest person after Amazon shares jumped on Thursday.