Should The Tax System Be Used To Reduce Wealth Inequality In The United States?

Tax Policy Center, Should the Tax System Be Used to Reduce Wealth Inequality in the United States?: 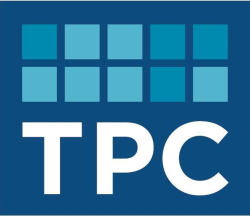 Wealth is highly concentrated in the United States, with the top 0.1 percent of households holding an estimated 10 to 20 percent of all assets. Concerns about the effects of wealth inequality have spurred some presidential hopefuls to propose new taxes on wealth and unrealized capital gains and increases to the existing estate tax.

Jason Furman, former chairman of the Council of Economic Advisers in the Obama administration, and panels of experts will consider the following questions:

It's called the estate tax, which we already have. Not effective enough? Rewrite the statute, then.

In the meantime, individuals can increase their own household wealth by merely reducing their own expenses, cost of living, etc. When it's reported that 80% of Americans live "paycheck to paycheck", a large chunk of whom are wealthier than I, in the middle class, am, I know that government policy is neither the preferred nor only solution to this problem, if it indeed is a problem.

What better way to discredit taxation systems than to employ them for ideological "tweaks" to society and human nature, rather than merely to provide adequate funding for necessary government services.