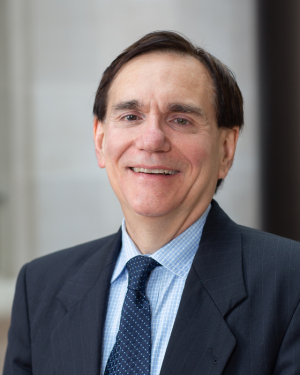 This paper is a spinoff from J. Clifton Fleming (BYU), Robert J. Peroni (Texas) & Stephen E. Shay (Harvard), Expanded Worldwide Versus Territorial Taxation after the TCJA, 161 Tax Notes 1178 (Dec. 3, 2018): In the run up to enactment of the 2017 Tax Cuts and Jobs Act (TCJA) one of the principal U.S. tax policy issues was how foreign-source, active-business income of U.S. multinational enterprises (MNEs) should be taxed by the United States if the system of deferring U.S. tax on active income of a foreign subsidiary was ended. Should active foreign income be taxed under a territorial or exemption system—i.e. bear no residual U.S. tax—or should it be subjected to expanded worldwide taxation—i.e. current taxation at regular U.S. rates coupled with a credit for foreign income taxes paid or accrued, but limited to the U.S. tax on the foreign-source income as measured for U.S. tax purposes.

The opposing sides were not without common ground. Both agreed that the existing U.S. system for taxing the foreign-source, active-business income of U.S. MNEs needed to be changed because it generally did not impose U.S. tax until the active income of foreign subsidiaries was repatriated, either through dividends or by sale of subsidiary stock at a price reflecting accumulated foreign-source income.

This was problematic for the advocates of territoriality because it required payment of a U.S. tax before CFC earnings could be directly accessed by U.S. parent corporations when no home country tax would have to be paid by MNEs from some competitor countries. It was unacceptable to worldwide taxation advocates because the resulting deferral of U.S. tax effectively created a preferential tax rate for CFC income that encouraged U.S. MNEs to locate operations in, and engage in income shifting to, low-tax foreign countries. The two sides were, however, at loggerheads over whether the foreign-source, active-business income of U.S. MNEs should bear a current U.S. tax at regular rates, subject to a limited foreign tax credit, or should bear no U.S. tax at all. Neither view prevailed in the TCJA.

One major purpose of this article is to take a preliminary look at the extent to which the TCJA caused a degree of movement in either direction. The substantive analysis will begin by examining the Joint Committee on Taxation’s revenue scores for the relevant TCJA provisions. This article will then argue that although those scores are the best currently available estimates of the effects of these provisions on U.S. tax revenues before considering dynamic macro-economic effects, the manner in which revenue estimates are constructed tends to conceal important elements of what has happened. Accordingly, this revenue effects approach requires taking additional considerations into account. The article also explains why the post-TCJA U.S. outbound international income tax regime remains far removed from an ideal expanded worldwide taxation regime and suggests steps that would move it towards that end.

This choice of focus means that the Base Erosion and Anti-Abuse Tax (BEAT) will not be discussed. Although the BEAT is a prominent feature of the TCJA international tax provisions and although it has an impact on the foreign-source income of U.S. MNEs in certain circumstances, its primary effect is with respect to the U.S.-source income of comparatively large foreign corporations. Moreover, the Joint Committee’s score for the BEAT is not broken down into its inbound and outbound components. Thus, the resulting lump-sum score is skewed towards the TCJA’s impact on the U.S.–source income of foreign taxpayers. For these reasons, this article omits discussion of the BEAT and focuses on the most significant purely outbound TCJA elements.

The task undertaken here is neither a simple nor a precise exercise because the relevant TCJA provisions have components cutting in offsetting ways that require the Joint Committee’s revenue scores to be used with caution. Moreover, reaching a conclusion requires comparing the pre TCJA U.S. regime for taxing the foreign-source, active-business income of U.S. MNEs with the system as revised by the TCJA and then attempting to evaluate the effects of the differences. Thus part II of this article delineates that comparison. Part III summarizes the Joint Committee on Taxation’s scoring of the TCJA changes and concludes that according to that scoring, the TCJA gave us a more complex system that has only a tilt in the direction of expanded worldwide taxation. From that standpoint, the major impact of the TCJA is change that raises new issues and increases complexity, thus providing an employment bonanza for lawyers and accountants. The changes manage to include elements of territoriality, expanded worldwide taxation, and even deferral and, consequently, do not produce clear movement towards either territoriality or expanded worldwide taxation. In part IV we argue that although the Joint Committee score reflects a reasonable approach, it needs adjustment to take account of additional considerations. When it is expanded to do so, the TCJA international provisions appear to be revenue-losers that move the U.S. system towards territoriality, although not nearly so much as territoriality advocates had hoped.

Part V concludes that the TCJA has left us with an extraordinarily complicated outbound international tax regime that falls somewhere between expanded worldwide taxation and territoriality. Consequently the direction of U.S. policy for the taxation of foreign business income of U.S. MNEs remains ambiguous, unresolved, and unsatisfactory. Thus, to move that policy toward what the authors have concluded is a normatively preferred position of expanded worldwide taxation, part V identifies how the new global intangible low-taxed income (“GILTI”) regime may serve as the platform to accomplish that move and also identifies steps that would achieve that objective.