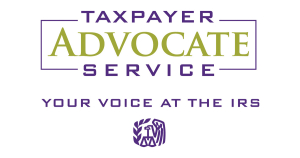 This week, the acting National Taxpayer Advocate released the 2019 Annual Report to Congress, on the heels of the IRS’s release of its own “annual report” about its performance. Reading the two documents together, one wonders whether they are reporting on the same agency. The NTA’s report focuses on the challenges the agency faces and makes concrete recommendations about how to address them; the IRS’s report celebrates the agency’s performance over the last year and how it is on track to fulfill the goals of its 2018 to 2022 strategic plan. One report is forward looking; the other is a status update.

I’ll be scouring the contents of both reports over the next month or so, but their arrival reminds me of the important and unique role the National Taxpayer Advocate (NTA) plays in U.S. tax administration today. The NTA is the protector of taxpayer rights and, according to the National Commission on Restructuring the IRS, serves as the “voice of the taxpayer” inside the agency. Each of the Most Serious Problems, Most Litigated Issues, and Legislative Recommendations in the NTA’s 2019 Annual Report to Congress is prefaced with the relevant rights enunciated in the Taxpayer Bill of Rights; they form the framework for analysis. On the other hand, the IRS annual report doesn’t get around to mentioning “taxpayer rights” until page 12. Tellingly, the words “taxpayer rights” do not appear in any of the strategic goals listed in the annual report, nor are they listed among the “core values” of the agency.

This contrast highlights why it is so important to have a permanent National Taxpayer Advocate in place, to hold the IRS’s feet to the fire about promotion and protection of taxpayer rights, especially as it hires more audit and collection employees and launches new compliance and enforcement initiatives.

“This will be the first filing season the IRS will start without a permanent National Taxpayer Advocate in place in nearly 20 years. The Taxpayer Advocate is a lifeline for frustrated or financially distressed taxpayers who cannot resolve their problems through normal IRS channels. This official plays a critical role advocating for the needs of everyday taxpayers facing challenges navigating our nation’s tax system. We urge the immediate appointment of a permanent National Taxpayer Advocate. We expect the new appointee to meet the standards the position demands – the individual must be non-partisan, knowledgeable about the complexities of our tax system, and committed to fighting for and serving all taxpayers.”

The previous National Taxpayer Advocate announced her retirement on March 1, 2019, and stepped down over the summer of last year.

I suppose SecTreas is too busy to be bothered to make the appointment himself? The job isn't Senate confirmed let alone presidentially appointed.

Meaning there’s currently a temporary, inferior NTA at the moment?

Every citizen has the privilege to be a voice for taxpayer rights and Revenue Procedure 64-22 says every tax administrator has the duty to look out for them.

So as a citizen, I urge the Administration, Congress - and that Oversight Board if it gets set back up - to appoint an Advocate who will use her gravitas, resources and statistical-analysis mandate to ensure fairness and justice in the currently-secretive internal appeal process by digging into *why* the bureaucracy was proposing large adjustments then conceding the vast majority as the Inspector General found again and again.

While a balanced and approachable settlement process matters (see current Most Serious Problem #7 about continued Compliance and Counsel presence along with Appeals, the taxpayer and its representatives), so does principled and effective application of the tax laws we elect and pay our government to enact, explain, and keep swamp-free.