The National Association for Law Placement (NALP) has released its 2019 Report on Diversity in U.S. Law Firms. The report, which is based on information from the recent 2019-2020 NALP Directory of Legal Employers (NDLE), shows that for the first time, Black or African-American representation among associates has finally topped the prerecession level reached in 2009 — although by a just a hair.

“While that is a positive sign, it is barely so, and it strikes me as somewhat of a tragedy that it has taken more than 10 years to achieve such a meager benchmark, and it is notable that the number remains well below five percent,” said James G. Leipold, NALP Executive Director. “The overall arc of the storyline for large law firm diversity remains the same — it is one of slow incremental gains for women and people of color in both the associate and partner ranks,” he added. After studying the data in the annual report for more than 15 years, Leipold is convinced that “despite steady gains, great structural and cultural hurdles remain that prevent law firms from being able to measure more rapid progress in increasing diversity, particularly among the partnership ranks.” 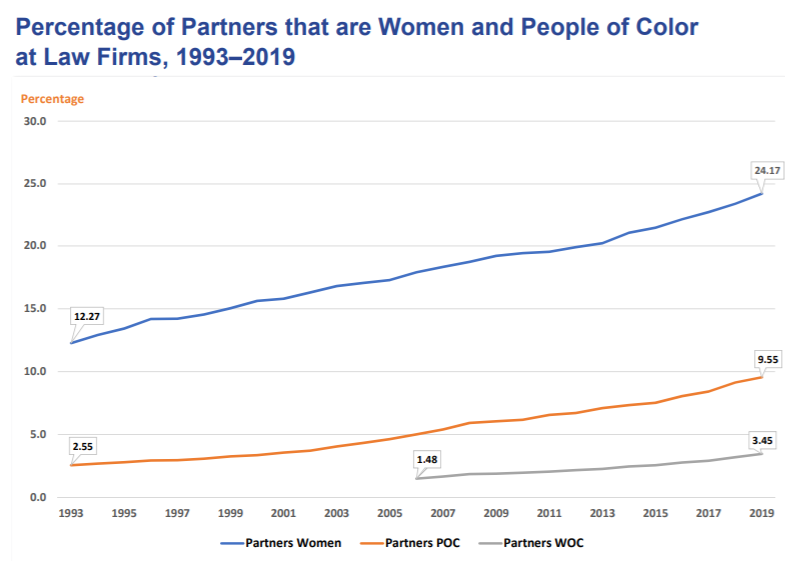 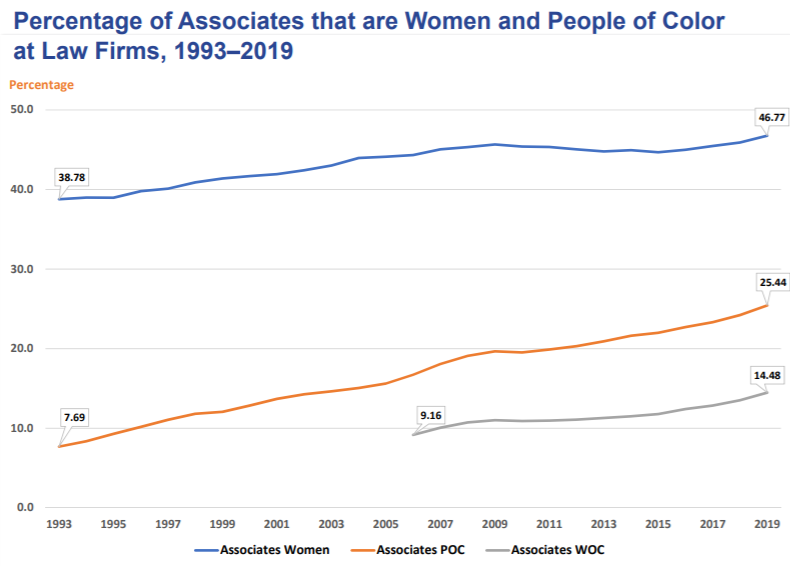 The extent of this underrepresentation is highlighted in the numbers of women partners from specific racial or ethnic groups: