Following up on my recent posts:

I recently blogged about debt-to-income ratios among recent law school graduates from Department of Education data disclosures. ... I suggested a “good” ratio would be less than 1.0 (i.e., total debt is less than total entry-level salary), which is a good rule of thumb for college. ...

I sorted the chart by the worst debt-to-income ratios, those schools with such ratios of 3.0 or higher (i.e., median reported debt is at least three times the median reported income). 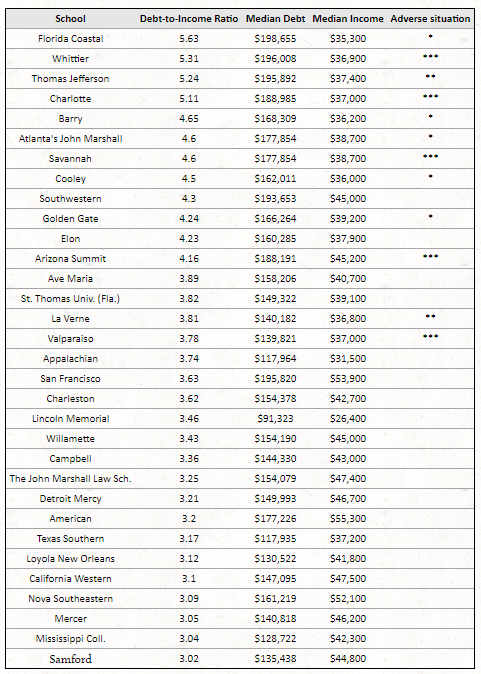 Virtually all of the law schools at the top of the list have faced adverse situations.