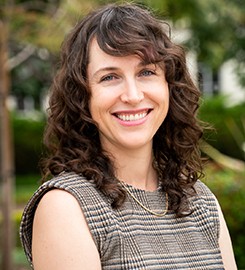 Property tax limits are state-level laws that place caps on local governments’ tax rates and revenue. These statutory limits, which put pressure on already strapped cities and counties in forty-six states, present an inexorable dilemma for local policymakers. On the one hand, they may cause cuts to vital services, bankruptcy, and reliance on regressive revenue sources. At the same time, however, tax limits may reflect genuine concerns about government profligacy and nonresponsiveness. While much research has focused on the first side of the dilemma—examining the laws’ fiscal consequences—this Article explores the second, probing how tax limits affect the distribution of political power between local voters and policymakers.

The Article makes three contributions. First, it argues that property tax limits have focused too strongly on a tax reduction goal to the exclusion of other potential objectives. Instead, tax limits can improve local public control and oversight of government fiscal decisions. Prioritizing public control would increase voter satisfaction and expand opportunities for taxpayer voice.

Second, having identified this additional tax limit objective, the Article evaluates the laws’ potential efficacy in achieving it. To do so, the Article identifies a list of statutory features that enhance or undermine local public control. The Article then surveys property tax limits in all fifty states, and is the first to code each statute for features affecting the power of local voters. The survey results demonstrate that tax limits in most states undermine public control by reducing voter power, instead shifting power to governors and state legislatures and prioritizing a pure tax reduction goal.

The Article’s third and final contribution is a menu of policy reforms for state and local actors. Distinct from others commentators who tend to advocate wholesale embrace or repeal of tax limits, this Article suggests reforms that respect the laws’ public appeal while seeking to soften their harsher consequences. Assuming that the state-set limits will persist, mayors, city councils, and state legislators can use the suggested reform principles to reinvigorate local democracy and, perhaps, address some of the concerns that led to the limits being adopted in the first place.