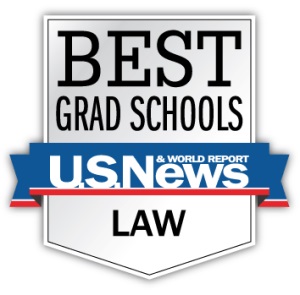 U.S. News & World Report is adding as many as five new categories to its suite of law school specialty rankings this year, an expansion that’s getting a cold reception from legal academics. ...

[U.S. News Chief Data Strategist Bob Morse] revealed that the latest rankings survey, which is now out in the field, for the first time asks reviewers to rank law schools on their constitutional law, criminal law, business corporations, and contracts programs. That joins nine existing specialty rankings, including intellectual property, clinical training, and tax law. U.S. News sends the survey to four people at each law school and for the specialty rankings, respondents are asked to rate each school’s programs on a scale of 1 to 5. ...

[I]t was the upcoming scholarly impact rankings that is creating the most anxiety among the academy. Morse said he was not expecting the level of pushback to the endeavor when it was announced last February. Since then, he has received an earful from law professors with concerns not only about how the ranking will be calculated, but about its potential to influence law faculty hiring, particularly if scholarly impact scores are eventually incorporated into the overall law school ranking.

1) Obviously only the most anorak of survey fillers will have even a cursory knowledge of the relative merits of all these courses at ~205 schools.

2) In the absence of this knowledge the survey-fillers will default to assuming that the programs' quality are in line with the overall school's ranking,

3) The rankings will change not one bit.

Also, what makes these course offerings more worthy of ranking/consideration than others?

Always gotta tinker with stuff to justify that paycheck.