Microsoft Corp. co-founder Bill Gates started the last decade worth more than $50 billion and a pledge to donate a big chunk of his fortune to charity. 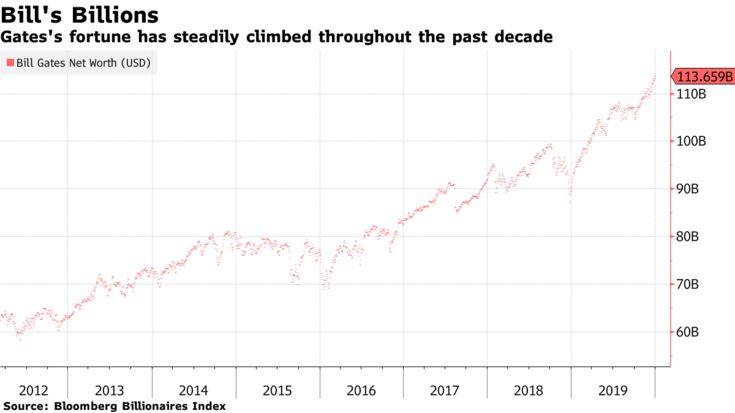 By the end of it, he’d given billions of dollars to fight poverty and improve health care and education. But his net worth also more than doubled during the period, a result of soaring stock markets and favorable tax policies.

And so, at the end of the decade, the world’s second-richest person said he wants his fellow billionaires to pay much higher taxes.

U.S. lawmakers should close loopholes, raise the estate tax and hike the capital-gains tax so that it equals the rate on labor income, Gates wrote Monday in a year-end blog post. He also called for states and local governments to make their taxes “fairer” and reiterated his support for a state income tax in Washington, where he and his wife Melinda live.

He’s welcome to contribute more, there’s a line on the Form.

I'm always baffled why these uber-wealthy individuals who go public in their advocacy for more money to the federal fisc don't just write checks to the US Treasury. Nothing is stopping them if they really believe more of their money should go there. Instead, their impulse to make decisions for other people about those other people's money come to the surface. It's a disturbing psychology at work.

Write a check to the Treasury or quit your pathetic virtue signaling.

What puzzles me is that wealthy liberals and progressives, at least 1/3 of the top income and wealth households, can donate at any time any amount of their income and wealthy to the U.S. Treasury, or any government agency, or any state of local governments they wish. They all accept gifts from the public.

The fact that very few of them do, and don't even donate very much, suggests that they don't believe the money would be well spent. And yet, they advocate forcing everyone in their "class" to pay more, when they won't even do it themselves voluntarily...