An Empirical Investigation Of Legal Scholarship On Religion

The place of religion in America is changing. This paper seeks to understand that change in a narrow but influential context: legal scholarship. Focusing on the time period after the Supreme Court struck down RFRA as applied to the states and a flurry of state-level RFRA’s in the mid 2010’s, the study examines nearly 1300 law review articles to present a quantitative intellectual history. The study finds that religion is portrayed increasingly less positively over the period, based on a five-point positivity scale created for the study. The paper also finds that some faiths are portrayed more positively (Native American religions, Islam, Judaism, and other non-Christian faiths) than others (general Christianity, Catholicism, and other specific Christian faiths). 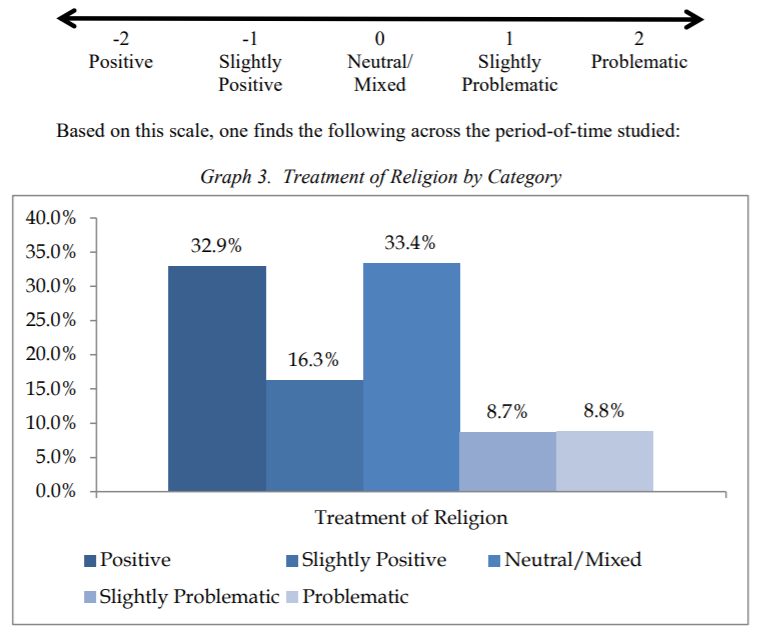 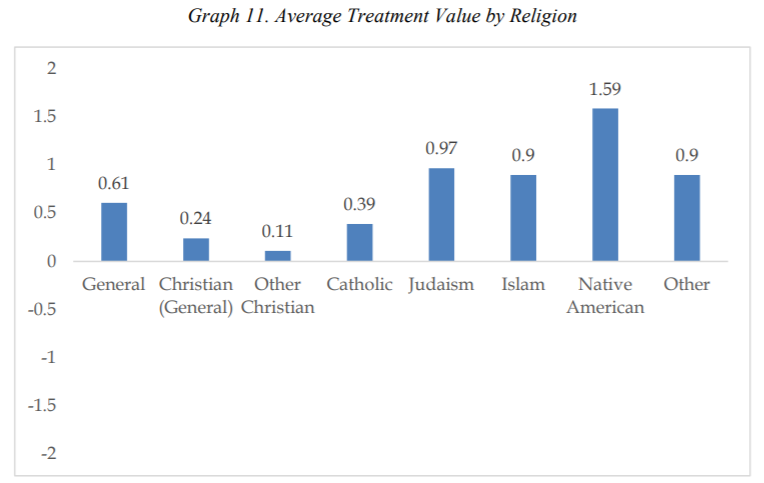 Additionally, whereas scholars urge accommodating Judaism, Islam, and other non-Christian religions about four-fifths of the time, and Native American religions 95% of the time, they only advocate for accommodating Christianity generally or specific Christian faiths about two-thirds of the time. Further, after controlling for other factors, law review articles discussing Christianity generally appear to be published in journals 50 rankings less prestigious than articles discussing religion generally. What is more, in the context of torts or LGBT rights, religion is portrayed as most problematic and calls for accommodating religion are at their lowest. In the contexts of RFRA, land use, and prisoner’s rights, religion is portrayed most positively and arguments for accommodation are at their highest. Likewise, while legal scholars advocate for greater separation of government and religion less in the areas of children (48%), prisoners (31%), and education (50%), they advocate for such separation more so in the con-texts of reproductive rights (83%), LGBT rights (77%), healthcare (71%), and marriage (71%). Given the influence of legal scholarship on the development of the law, today’s law review article could be tomorrow’s legal doctrine or legislation.

Aren't there divinity schools and religion and theology departments and monasteries and churches that write about religion? Presumably that's a lot more important than the rare law review article that touches on religion.