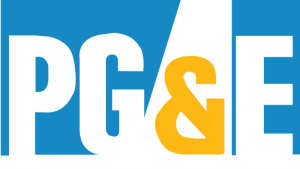 PG&E’s $1.68 billion settlement agreement with California over wildfires sparked by its power lines could save the bankrupt utility about $470 million in taxes.

Nearly all the wildfire recovery and prevention work included in the agreement should be deductible from both its state and federal taxes, PG&E said in a regulatory filing late Friday.

The agreement reached with state regulators in December covers Northern California blazes in 2017 and the 2018 Camp Fire, the deadliest in state history. As part of the deal, PG&E agreed not to saddle customers with $1.63 billion in costs it will incur preventing and responding to fires.

“Because we will not bill customers for the work, PG&E will incur losses,” PG&E spokeswoman Jennifer Robison said in an emailed statement. “The tax treatment of such losses will be determined in accordance with the federal and state tax code.”

Behave with criminal irresponsibility and get almost a half-billion dollar tax break. Something doesn't quite seem right about that.

Sorry, but this is a ridiculous title. PG&E is not getting a “tax break.” PG&E is suffering a huge $1.7 billion dollar loss. PG&E is also taxed on its income, and when it has less income it will pay less tax. That is not a “tax break” (i.e., a reduction in a tax liability that would normally be due). It is instead a normal and regular consequence of the way income taxation works. To call it a “tax break” is to completely and utterly lose sight both of what tax breaks are and why the public finds them problematic. Given the company’s bankruptcy, moreover, it may or may not ever realize an income tax benefit from some or all of the deductible expenses that the article describes.