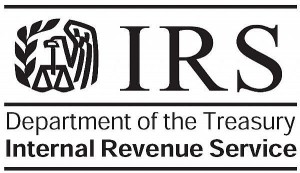 Weeks after a college intern in the Internal Revenue Service’s Boston office turned 21, an agent twice her age invited her for drinks at a nearby pub, where she got drunk and he showed off his gun to a woman hosting trivia night, a prosecutor told a Suffolk County jury Thursday.

The agent, James Clarke, offered the woman a ride to South Station after several hours of drinking at the Kinsale on July 26, 2017, then handcuffed her once they were inside his government-issued car with tinted windows, Suffolk Assistant District Attorney Ian Polumbaum said in his opening statement at Clarke’s trial. Clarke then shoved his gun in her mouth and raped her, he said. ...

Clarke’s lawyer, Robert Sheketoff, dismissed Polumbaum’s opening statement as “a very interesting speech from someone who wasn’t there” and told jurors that the encounter between Clarke and the woman was consensual. ... “The defense is not that they didn’t have sexual relations of some sort in that car,” Sheketoff told jurors. “The defense is that it was consensual.”

The woman said that in the car, parked at the Government Center Garage, agent James Clarke handcuffed her, put a gun in her mouth, and digitally penetrated her, calling her slurs while she could do nothing but cry.

Boston Globe, ‘He Shoved a Gun Down My Throat,’ Woman Said in 911 Call Played at Former IRS Agent’s Rape Trial:

Minutes after an IRS agent dropped a college intern off at South Station, she called 911 and sobbed uncontrollably as she reported that he had raped her at gunpoint inside his car, according to a recording of the call played Monday for a Suffolk County jury.

“Take a deep breath,” the dispatcher told the woman during the July 26, 2017, call, urging her to stay calm and remain where she was because police were on the way.

“He shoved a gun down my throat and started saying a bunch of things,” the woman, who had just turned 21, told the dispatcher between sobs. She said the agent, James Clarke, was a co-worker who invited her for drinks after work, then handcuffed and sexually assaulted her. She said she had recorded some of the incident on her cellphone.