The Guardian, The Great American Tax Haven: Why the Super-Rich Love South Dakota: 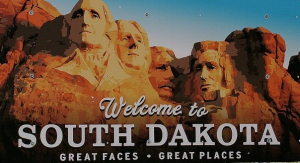 It’s known for being the home of Mount Rushmore — and not much else. But thanks to its relish for deregulation, the state is fast becoming the most profitable place for the mega-wealthy to park their billions.

Late last year, as the Chinese government prepared to enact tough new tax rules, the billionaire Sun Hongbin quietly transferred $4.5bn worth of shares in his Chinese real estate firm to a company on a street corner in Sioux Falls, South Dakota, one of the least populated and least known states in the US. Sioux Falls is a pleasant city of 180,000 people, situated where the Big Sioux River tumbles off a red granite cliff. It has some decent bars downtown, and a charming array of sculptures dotting the streets, but there doesn’t seem to be much to attract a Chinese multi-billionaire. It’s a town that even few Americans have been to.

The money of the world’s mega-wealthy, though, is heading there in ever-larger volumes. In the past decade, hundreds of billions of dollars have poured out of traditional offshore jurisdictions such as Switzerland and Jersey, and into a small number of American states: Delaware, Nevada, Wyoming —and, above all, South Dakota. “To some, South Dakota is a ‘fly-over’ state,” the chief justice of the state’s supreme court said in a speech to the legislature in January. “While many people may find a way to ‘fly over’ South Dakota, somehow their dollars find a way to land here.”

Super-rich people choose between jurisdictions in the same way that middle-class people choose between ISAs: they want the best security, the best income and the lowest costs. That is why so many super-rich people are choosing South Dakota, which has created the most potent force-field money can buy – a South Dakotan trust. If an ordinary person puts money in the bank, the government taxes what little interest it earns. Even if that money is protected from taxes by an ISA, you can still lose it through divorce or legal proceedings. A South Dakotan trust changes all that: it protects assets from claims from ex-spouses, disgruntled business partners, creditors, litigious clients and pretty much anyone else. It won’t protect you from criminal prosecution, but it does prevent information on your assets from leaking out in a way that might spark interest from the police. And it shields your wealth from the government, since South Dakota has no income tax, no inheritance tax and no capital gains tax.

A decade ago, South Dakotan trust companies held $57.3bn in assets. By the end of 2020, that total will have risen to $355.2bn. Those hundreds of billions of dollars are being regulated by a state with a population smaller than Norfolk, a part-time legislature heavily lobbied by trust lawyers, and an administration committed to welcoming as much of the world’s money as it can. US politicians like to boast that their country is the best place in the world to get rich, but South Dakota has become something else: the best place in the world to stay rich.

At the heart of South Dakota’s business success is a crucial but overlooked fact: globalisation is incomplete. In our modern financial system, money travels where its owners like, but laws are still made at a local level. So money inevitably flows to the places where governments offer the lowest taxes and the highest security. Anyone who can afford the legal fees to profit from this mismatch is able to keep wealth that the rest of us would lose, which helps to explain why – all over the world – the rich have become so much richer and the rest of us have not.

In recent years, countries outside the US have been cracking down on offshore wealth. But according to an official in a traditional tax haven, who has watched as wealth has fled that country’s coffers for the US, the protections offered by states such as South Dakota are undermining global attempts to control tax dodging, kleptocracy and money-laundering. “One of the core issues in fighting a guerrilla war is that if the guerrillas have a safe harbour, you can’t win,” the official told me. “Well, the US is giving financial criminals a safe harbour, and a really effective safe harbour – far more effective than anything they ever had in Jersey or the Bahamas or wherever.”

Those of us who cannot vote in South Dakota elections have little hope of changing its laws. But if we don’t do something to correct the imbalance between global wealth and local legislation, we risk entrenching today’s inequality and creating a new breed of global aristocrat, unaccountable to anyone and getting richer all the time – with grave consequences for the long-term health of liberal democracy. ...

If the richest members of society are able to pass on their wealth tax-free to their heirs, in perpetuity, then they will keep getting richer than those of us who can’t. In fact, the tax rate for everyone else will probably have to rise, to make up for the shortfall caused by the wealthiest members of societies opting out, which will just make the problem worse. Eric Kades, the law professor at William & Mary Law School, thinks that South Dakota’s decision to abolish the rule against perpetuities for the short term benefit of its economy will prove to have been a long-term catastrophe. “In 50 or 100 years, it will turn out to have been an absolute disaster,” said Kades. “Now we’re going to have a bunch of wealthy families, and no one will be able to piss away that wealth, it will stay in the family for ever. This just locks in advantage.”

I love it. You can hear the panic in the voices of those on the Commanding Heights. How dare anyone try to hang onto their own money! Don't they know it belongs to us.

Ps I think this wealth is still subject to federal income and estate taxes.