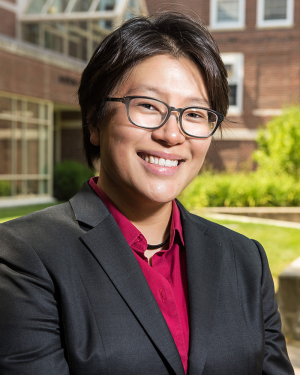 The Idea: Unorthodox lawmaking begets unorthodox agency rulemaking. During the US Treasury’s rulemaking that followed passage of the hastily drafted 2017 income tax bill, corporations and industry groups tried to influence the rulemaking by submitting requests for favorable treatment before the official public comment period. These early comments seem to have had outsized influence on some regulations.

The Impact: Though not slated to be published until 2020 in the Emory Law Journal, an article coauthored by BC Law Professor Shu-Yi Oei and Leigh Osofsky of University of North Carolina School of Law on the making of the regulations interpreting the 2017 tax law is already turning heads in tax circles [Beyond Notice-and-Comment: The Making Of The § 199A Regulations]. An online post by Samantha Jacoby of the Center for Budget and Policy Priorities featured a lengthy writeup. That same month, the paper placed high on the Yale Journal on Regulation’s list of most downloaded recent papers, second only to an article by legal superstar Cass Sunstein. On the Procedurally Taxing blog, Professor Keith Fogg of Harvard called the article “eye-opening in its detail.”

Oei and Osofsky’s article looks at a section of the new tax law (§ 199A) that allows up to a 20 percent deduction of income earned by certain sole proprietorships, S corporations, and limited liability partnerships—so-called “pass-through” businesses. Possibly because of the law’s hasty drafting—scant time was devoted to committee hearings and last-minute provisions were added to the bill—much of the statutory language was ambiguous, leaving significant questions for Treasury rulemakers to answer.

Although I doubt making requests about anticipated regulations early and often is a new thing. Or even a bad one: we have the right to petition our government after all and sometimes they need petitioning.

Agencies could provide that to be considered in rule-making, input needs to be submitted in a way that will be publicly posted - perhaps periodically as it arrives, because it could color the *proposed* regulations that are presented as a starting point for public comment. And they should consider allowing submitters to remain anonymous.