Schizer Presents Getting More Out Of Nonprofit Subsidies: Measuring Success And Better Disclosure Today At Penn

David M. Schizer (Columbia) presents Getting More out of Nonprofit Subsidies: Challenges in Measuring Success and the Need for Better Disclosure at Pennsylvania today as part of its Tax Law and Policy Workshop Series hosted by Michael Knoll, Chris Sanchirico, and Reed Shuldiner: 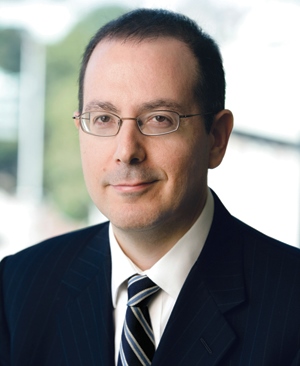 The U.S. nonprofit sector spends $2.54 trillion each year, and benefits from billions of dollars in tax subsidies. If this sector was a country, it would have the eighth largest economy in the world — behind Britain and France, and ahead of Brazil, Italy, Canada, and Russia. How can we encourage nonprofits to allocate resources more efficiently, so they pursue socially valuable missions with impactful and cost-effective programs? To answer these questions, this Article makes two contributions to the literature.

First, this Article breaks new ground in explaining why efficient resource allocation is harder at nonprofits. To account for this inefficiency, the literature invokes their inability to distribute profits; if no one can keep these profits, no one is motivated to maximize them. In contrast, this Article argues that inefficiencies can arise at nonprofits not only because charities cannot distribute profits but, more fundamentally, because they are not trying to earn profits to begin with. So instead of measuring success with profitability, which is fairly straightforward, nonprofits have to use proxies for social return that are hard to measure or unreliable (or both). This difficulty in tracking progress is familiar, but it has an important implication for governance that is new to the literature: when success is hard to measure, inefficient practices are less visible, and thus are harder to stop.

Second, in addition to diagnosing this underappreciated source of inefficiency at nonprofits, this Article also recommends a response: better disclosure. In principle, board members and donors can pressure managers to allocate resources more efficiently, but only if they have the relevant information. Under current law, disclosure is not adequate. On Form 990, the disclosure required under the tax law, charities do not have to explain how they measure success or analyze the impact and cost-effectiveness of their programs.

Disclosing this analysis to the public would entail both benefits and costs, which must be balanced against each other. On the positive side of the ledger, this disclosure would empower the board and donors to monitor a nonprofit’s performance more effectively. This disclosure also could help potential donors determine which nonprofits align most closely with their preferences. In addition, this disclosure would disseminate promising ideas, allowing nonprofits to learn from each other. Yet on the negative side of the ledger, time and effort would have to be invested to prepare this disclosure. To balance these competing considerations, this Article recommends that disclosure should be mandatory for large nonprofits, which can bear these costs more easily, and voluntary for small nonprofits.