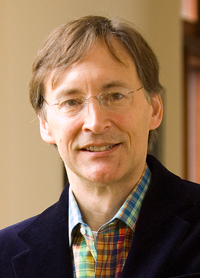 Proctor “should understand the harm caused by using the N-word and how the word is used to oppress and marginalize,” stated a letter to members of the law school community from groups including the Black Law Students Association (BLSA). “Professor Proctor’s use of the N-word did not have pedagogical value — repeating this word was not germane to the subject of the presentation (the tort liability of the tobacco industry).”

The letter said that 44 of 60 students present during the class signed a letter expressing “shock and disappointment” to SLS Associate Dean of Student Affairs Jory Steele. ...

In an email to students in the class, [Donohue] apologized "for any hurt caused by Dr. Proctor's reference to the racist history" of tobacco industry advertising. ... Another faculty member said that "criticisms of comments similar in nature to those made by Dr. Proctor give enormous fuel to the Fox News crowd that helped elect Donald Trump," Donohue wrote. ...

Proctor told The Daily that in his lecture, he aimed to demonstrate the "racialist marketing" used by the tobacco industry. His slides — one of which was labeled "Racist brands" — included images of the N-word's use in brand names, according to slides provided to The Daily. ...

SLS Dean Jenny Martinez apologized for the incident in a letter to the SLS community.

“The law school is committed to creating an inclusive environment where all students can thrive,” Martinez wrote. “As a school, we still have a lot of work to do.”

While noting that primary sources may include racist content, Martinez wrote that speaking racial epithets aloud “rarely adds substantive content to the class even when the purpose is to condemn the epithet.”

“Context matters, but knowing that such hateful words are likely to have a disproportionate effect on certain students in the class,” Martinez added, “it is rare that there is an incremental educational value in speaking them out loud that outweighs the distress it causes.”

This is a little bit silly.

Remind me never to hire a Stanford educated lawyer. They be stupid.

BLSA “should understand the harm caused" by constantly pandering to the lowest level of respect for the capacity of people to ignore the use of pejorative terms. Contempt in the guise of compassion is still contemptible. "Sticks and stones can break my bones, but names will never hurt me". That is a fact.

Lordy, these snowflakes wanna be lawyers?? It appears mere words cause them to melt. I've been black for 54+ years...Words cannot kill me; perhaps we ought to go back to te 'sticks and stones' era I grew up in. Just saying...

P.S. I'm a licensed attorney. And a retired Marine Corps officer - that commission serves as a shield against weird, weak, snowflakiness.

Episode 249309 of this nonsense. These snowflakes are wielding fake outrage as a club. Context matters, the mere utterance of a word should not be enough to cause such alleged harm. And if context does not matter, then how do you explain the large segment of the hip hop industry that uses the word on a regular basis? Worse than the students are the admins, but we all know that. Higher education is a pathetic joke at this point. I certainly regret 2 out of my 3 degrees.

I heard that if you utter the word three times in quick succession, George Wallace appears.