President Trump’s 2017 tax cuts reduced the U.S. tax burden to one of the lowest among major world economies, according to a Thursday report [Revenue Statistics 2019] by an intergovernmental organization.

U.S. tax burdens dropped by the largest amount among those countries in 2018, and the U.S. now has lower taxes than all but three countries in the Organization for Economic Cooperation and Development, the report said. 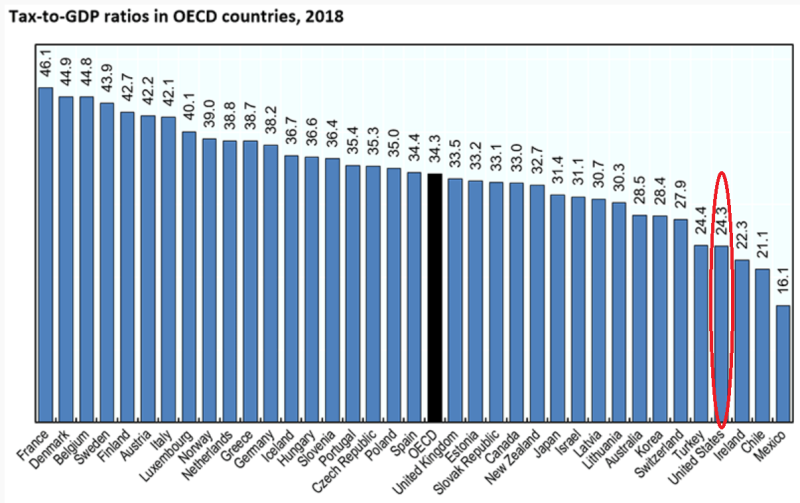 That 2.5 percentage-point drop was only the fourth time since 1995 that any country’s tax burden has declined by at least that much in one year outside of the financial crisis, according to OECD, an intergovernmental economic organization with 36 member countries including the U.S.

Alternatively, it's 32% because state and local revenues are not consolidated and have to be guestimated:

Meanwhile, total government spending at all levels exceeds 36% of GDP, a post-WW2 high!