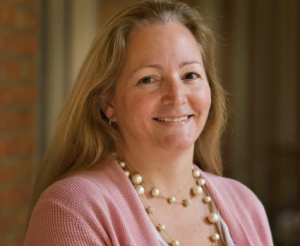 A longtime Wake Forest University legal writing professor has sued the university, claiming she was discriminated against and subjected to harassment due to her age, gender and medical condition when her teaching contract was not renewed in September.

Plaintiff Barbara Lentz had taught at the Winston-Salem, North Carolina, law school since 2000, but her complaint alleges an eroding relationship with law school administrators in her final years at the school centered on her salary and employment status. ...

The 21-page complaint highlights many of the same tensions that exist on law faculties across the country: Namely the lower status of legal writing faculty as compared with doctrinal faculty. Legal writing instructors are generally paid less than faculty who teach traditional podium courses, and on many law campuses they work off short-term, renewable contracts.

Lentz filed suit against Wake Forest in state court in late October, and on Nov. 22 the suit was removed to the U.S. District Court for the Middle District of North Carolina. Lentz alleges that she taught 15 different courses during her time at the law school, including the required first-year contracts and an experiential clinic in Nicaragua. But she claims that she was repeatedly rebuffed by administrators when she sought an explanation for why she was paid less than other faculty in light of her heavy teaching load and willingness to teach courses outside the sphere for legal writing. ...

Lentz, who is 54, also claims the school had a pattern during the 2017-18 academic year of replacing older employees with younger workers.

LRW professors also tend to have far less impressive credentials, are not typically required to do research, and the market for Professors of technical writing pays a lot less than the market for doctrinal law course instructors...so there’s that.