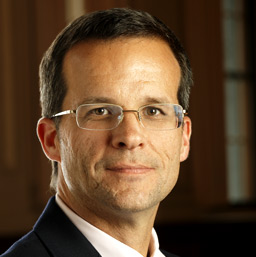 Of all the things thou shalt not covet under the Tenth Commandment, thy brother’s bankruptcy theory may be the least of your temptations. But in the marketplace of ideas, the success of others — if not handled well — can get a scholar off his spiritual game, says David Skeel. Mr. Skeel, professor of corporations and bankruptcy at the University of Pennsylvania Law School, describes the moral stumbling blocks of life at the highest levels of a profession he’s inhabited for the past 30 years, and for which he trains the next generation.

Unbridled ambition can blunt the joy of the work, Mr. Skeel believes. He helps keep his own competitiveness in check by trying to distinguish the passion for excellence from the quest for professional stature.

“Spurring one another on — when excitement about another scholar’s work makes me want to do something exciting myself — is one of the joys of being a scholar, and isn’t coveting, in my view,” he explains. “And sometimes it even leads to writing something together! But the temptation to undercut another scholar, or even not to help them when the opportunity arises, is a temptation that comes from coveting what they have.”

Drawing the distinction between the quest for excellence and the desire for stature was harder early in his career, says Mr. Skeel, speaking in his comfortable street-level office in Silverman Hall. He’s flanked on one side by the Ivy League’s womb of selectivity and scholarship, on the other side by busy Philadelphia street life. “When one colleague developed a grand theory of bankruptcy, I felt like I had to develop a grand theory of bankruptcy,” he recalls. Now, when he reads something impressive, he usually takes it in stride. But not always. Sometimes the ambition wins, at least for a while. He recalls being unable to sleep after reading one paper not long ago: “What was I going to write that was comparable?”

The job of scholars, he says, is “to encourage one another” to give credit and honest feedback when due, even if it might elevate a colleague and reduce one’s own stature.

Mr. Skeel puts his motivations to the test and suggests that the students in the Christian law student group he advises do the same. “In a big-picture sense, the question I ask myself, and I encourage my students to ask themselves: ‘Would Christ recognize who I am becoming? Is this what a follower of Christ might look like?’” He continues, “Am I working hard because I want something [my colleagues] have: Their publisher? Their agent? Their status? Then that’s more problematic.”

In secular settings, the professor suggests to all students that they monitor their priorities: “When you start practicing law, you have to think about your moral compass: Do you recognize the person you’re becoming?”

I agree with AMTbuff's observation that 'envy' and 'covet' are frequently misused or their meanings are misunderstood.

I wish people would learn to use the words envy and jealousy in their original distinct meanings. Envy == covet. Jealousy refers to fear that another will take what you have. We no longer have a word dedicated to that meaning.

Sooo… I'm going to posit that all law degrees are worth TWO million dollars based on sixteen data points randomly selected from Vault 3 firms. Where's my tenure?