Following up on my previous posts (links below):  NPR Illinois, UI Prof. Jay Kesan To Go On 'University-Sanctioned Leave' In 2020: 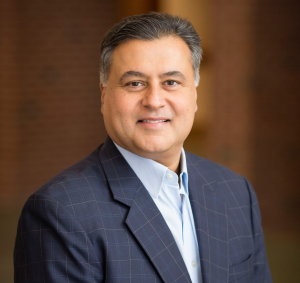 A University of Illinois law professor previously accused of sexual misconduct and slated to return to teach in January will instead go on "university-sanctioned leave."

That’s according to an email sent this week to College of Law faculty and students on behalf of the college’s dean, Vikram Amar, and reviewed by NPR Illinois. The email says Jay Kesan, faculty at the U of I’s flagship campus in Urbana-Champaign, will not teach two courses he had previously been scheduled to begin in January 2020. Instead, on January 1, he will go on leave “during which he will not be teaching” the email says.

The university said in a statement that it will not comment on this “ongoing personnel matter.” Kesan did not return several requests for comment via email and phone. A university spokesperson did not answer questions as to whether Kesan would be paid while on leave or allowed to go on campus before the publication of this story.

Before it was announced to College of Law members that Kesan would not be teaching in early 2020, a notice about his history as a sexual harasser was shared with students who had the option to register for classes, which NPR Illinois also reviewed.

The notification, shared on the "intranet" site students log into, said that during a university investigation that began in 2015, complainants “were able to offer credible evidence establishing that they had been subjected to unwelcome verbal or physical conduct by Professor Kesan.” The statement went on to detail some of the unwanted behavior, including “rubbing a female student’s thigh” as well as sexual references and other touching.