How IRS Investigators Busted A Huge Online Child-Porn Site — And Why The IRS? 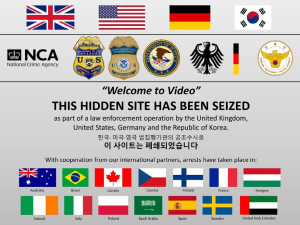 The call came in while two criminal investigators for the Internal Revenue Service sat at a Bangkok airport gate in July 2017, waiting for a flight.

A confidential source they knew from past investigations was offering a tip that a new website was selling child pornography in exchange for bitcoin. The website, the source said, appeared to have popped up in the wake of shutdowns of other dark-web marketplaces for illicit goods.

Investigator Chris Janczewski and his colleague, Tigran Gambaryan, who had been involved in previous probes involving bitcoin transactions, decided to dig in to the possible financial ramifications of the matter despite the fact that child pornography was outside the IRS’s usual bailiwick. But they quickly hit a logistical roadblock: Their office, like many others, blocked access to pornographic websites.

“This is uncharted territory for the IRS,” Mr. Janczewski said in an interview. “What do I do? Is there a special room that I am supposed to go into if I want to look at the website?” They turned for help to Department of Homeland Security investigators, since the agency had a history of dealing with child exploitation.

Within eight months the duo, along with the DHS agents and counterparts in the U.K. and South Korea, had traced the financial trail of the largest online marketplace for child pornography they had ever encountered, comprising some 250,000 different videos.

The story behind the takedown of the website Welcome to Video involved getting a lucky break with the right-click of a mouse, stumbling upon a selfie of someone holding a passport, and following electronic breadcrumbs left by bitcoin transactions.

The probe required “a new and different model than typical child-pornography cases,” said Washington-based Assistant U.S. Attorney Zia Faruqui, a prosecutor on the case. Instead of starting off with a tip about one person or a forensic exam of a single device, Mr. Faruqui said, the investigators were able to target the website, which led them to hundreds of clients and allowed them to identify even those who had downloaded videos and later deleted them from their computers.

As digital-currency movements have become a larger feature in international investigations involving everything from the purchase of illicit drugs to terrorism, IRS criminal investigators have broadened their financial expertise to tracing such transactions. The agency was involved, for example, in the 2017 takedown of the dark-net market AlphaBay, which involved the cooperation of law-enforcement agencies in more than seven countries. ...

Mr. Janczewski now gives presentations to other law-enforcement agencies about the investigation, titling it with the question he said he still gets asked the most: “Why the IRS?”

Department of Justice Press Release, South Korean National and Hundreds of Others Charged Worldwide in the Takedown of the Largest Darknet Child Pornography Website, Which was Funded by Bitcoin

And in other news, IRS-CI is at least 1,000 special agents short, and will never recover in order to effectively pursue the rampant garden variety tax frauds. Maybe this kind of case will garner some attention to fund hiring? Not likely. CI, RIP.

The IRS has had criminal investigators for 100 years but most people think they only have auditors. Sort of like Rodney Dangerfield, they get no respect, even though they have been major player in the government's efforts against organized crime, drug trafficking, and public corruption for decades.