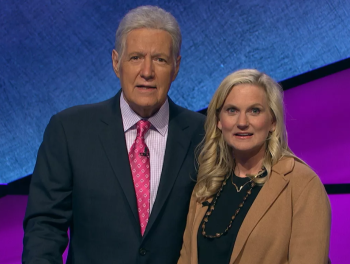 Christine Hurt was in a meeting when she got the big phone call — the one from “Jeopardy!” producers in Culver City, California, telling her she’d made the cut.

They wanted her at the studio in three weeks. Hurt’s excitement quickly gave way to nausea.

“I thought, ‘What if I go in and I can’t answer any questions and it becomes a meme?’” the Brigham Young University law professor said. “I really didn’t want to become a meme.”

Hurt did everything in her power to ensure that wouldn’t happen. ...

Hurt’s appearance on “Jeopardy!” — which was filmed in October — airs Dec. 18. A couple of weeks ago, on the last day of classes, the professor sat down in her office and reflected on her journey to the nationally beloved game show. ...

She couldn’t have done anything too meme-worthy, as she’s throwing a big watch party at her house (she actually had to buy an antenna since her family got rid of cable). But she did use a popular NFL meme to explain how people should behave at her party.

“This will not be a Super Bowl party where everyone is chatting and eating with their backs to the TV until the commercial comes on,” says Hurt’s invitation. “This is the Super Bowl party where Eli Manning has to sit in the owner’s box watching Peyton Manning in stone cold silence while he thinks, ‘I could have done so much better.’” 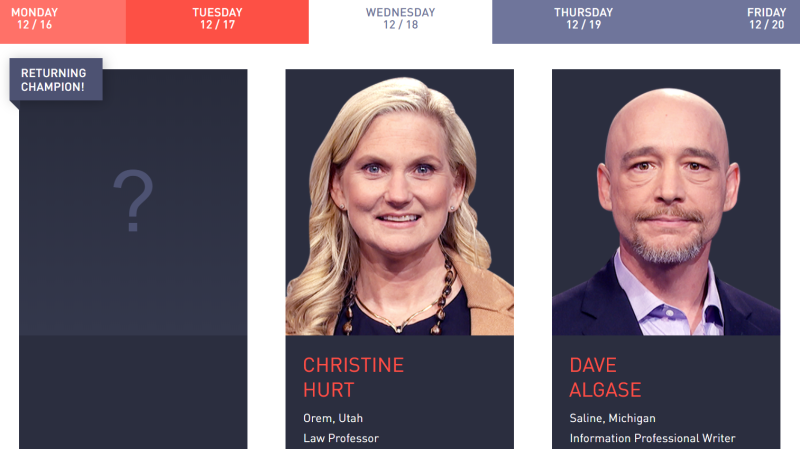