Each Nationals player is in line for an estimated $416,837 for their postseason efforts, although they’ll bring home about $238,639 after taxes if they live in Maryland or Virginia. Players who live in the nation’s capital will forfeit an extra $13,339 due to the District of Columbia’s higher income taxes. World Series runner-up the Houston Astros are set for $262,027—$165,077 of which they’ll pocket after similar fees. 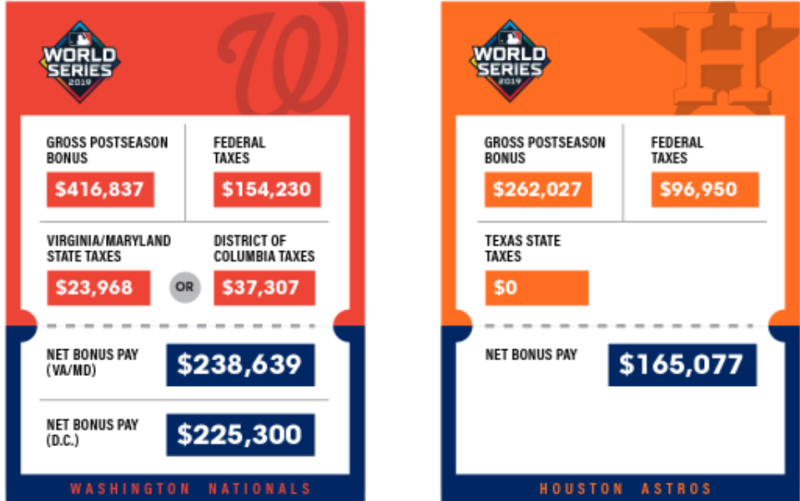 Players who claim residence outside their team’s area pay their own state income tax.

Typically the income players earn in an opposing team’s state is subject to that state’s income taxes as well—what’s known as a jock tax. This is the first World Series ever where players will avoid those fees, according to Jeffrey Steinberg, a partner at Crowe Soberman LLP, an audit and advisory firm in Ontario. “Four of the games were played in Texas which has no state tax, and three of the games were played in the District of Columbia that also has no state tax as long as you’re not a resident of D.C.,” Steinberg said. “Really this is the least affected in history.”