Goldburn P. Maynard Jr. (Louisville) presents Hold on to Your Student Loan . . . I’ll Take the Cash Instead at Toronto today as part of its James Hausman Tax Law and Policy Workshop Series: 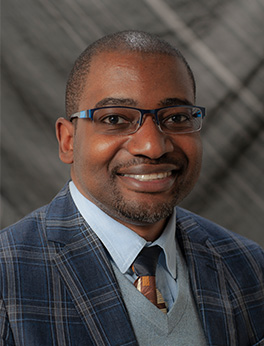 The federal government has finally admitted what some knew and others suspected: the federal student loan program is veering into hot mess territory. At the end of January, the U.S. Department of Education’s (DOE) Office of Inspector General released its final audit report (OIG Report) regarding the cost of income-driven repayment (IDR) plans and loan forgiveness programs. The report gave a stark assessment: “Decision makers and others may not be aware of the growth in the participation in these IDR plans and loan forgiveness programs and the resulting additional costs. They also may not be aware of the risk that, for future loan cohorts, the Federal government and taxpayers may lend more money overall than is repaid from borrowers.“ Although federal student aid programs have been blessed by legislators and presidents and reauthorized over several decades the intricacies of their impact have been little known by those in Congress.

The OIG Report confirmed what scholars had warned about in previous years: the costs of the IDR and loan forgiveness programs had been vastly underestimated. Even more troubling is the fact that their benefits disproportionately accrue to borrowers with high incomes who attend expensive institutions. The intent of this federal program was both honorable and well-meaning, as most subsidies are, but the result should not be a surprise. Every policymaker worth her salt knows that government programs are subject to the law of unintended consequences. First developed by Robert K. Merton, the law of unintended consequences states that unanticipated or unintended effects invariably result from human action, most often government action in the form of legislation and regulation.

We do not have a lack of good intentions at the federal level but rather a failed policy apparatus that only targets one step of the process: the initial passage and implementation of subsidies. My support of government action does not negate the unfortunate fact that subsidies are by their very definition messy and subject to leakage. As such, they require oversight, critique, and course corrections. In this Essay, I hypothesize that we are burdened by overly complex programs like the federal student loan program because we are so worried about unconditional cash transfers and undeserving recipients.

By analyzing the current research on student aid programs and cash transfers I critique the preference for the former in favor of the latter. This comparison underscores a major problem in federal policymaking: it is not structured in a fashion that lends itself to maximizing positive outcomes or efficiency. This is due because of the unintended consequences and the disincentive lawmakers face when seeking to improve. The essay both seeks to be specific in its focus on student loans while making a larger point about the inadequacy of the current federal system of implementation and oversight.