Does A Professor Violate Copyright Law By Posting His Published Work On His Website?

Inside Higher Ed, What Happened When a Professor Was Accused of Sharing His Own Work On His Website?: 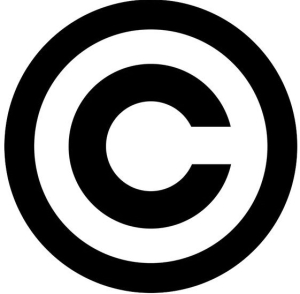 Like many academics, William Cunningham, professor of psychology at the University of Toronto, shares his own articles — published and soon-to-be — on his website. And like most academics, he does so in the interest of science, not personal profit.

So Cunningham and hundreds of his colleagues were recently irked by a takedown notice he received from the American Psychological Association, telling him that the articles he had published through the organization and then posted on his website were in violation of copyright law. The notice triggered a chain of responses — including a warning from his website platform, WordPress, that multiple such violations put the future of his entire website at risk. And because the APA had previously issued similar takedown notices, the threat of losing his website seemed real to Cunningham.

In response, psychologists started a petition to the APA, saying that if it didn’t stop policing authors’ personal websites for the sharing of science, then it needed to pay peer reviewers $300 for each article review. ...

A spokesperson for the association said that it was looking into the takedown notices. Cunningham soon received an apology. And, generally, the association maintains that it is concerned about commercial copyright violations — not authors’ personal sites. In 2017, for instance, in response to similar concerns about takedown notices, the APA said in a statement that it was “targeting online piracy websites and not individual authors in its efforts to curtail the unauthorized sharing on the internet of articles published in the association’s journals.”

So Cunningham wrote the articles in question and the APA published them? Did the APA solicit Cunningham to write them, did they pay Cunningham for them? I was under the impression that the creator of a work has copyright in the work, if they are being paid for that work, then they don't lose copyright, but they have assigned rights to another party. This is just a layman's understanding of "copyright" not a lawyers.
If the above is true, the proper response to the APA would have been "go ***** yourself"

This happened to me. Needless to say, I actively dissuade anyone from publishing with that journal or publisher as much as I can. Ridiculous!

Why anyone publishes anything that isn't open access anymore is difficult to fathom. Maybe just prestige. I suspect this whole model of copyrighted academic work is not long for this world