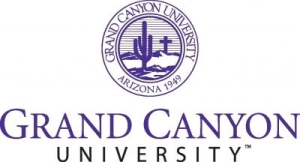 Grand Canyon University announced last year that it had succeeded in a second bid to convert from a for-profit to a nonprofit institution, winning almost all of the needed approvals. But the one exception -- the Trump administration’s Education Department -- has ruled to the contrary.

The surprising decision by the department, announced Wednesday by the university’s for-profit holding company and first reported by Education Dive, raises questions about ongoing efforts by other for-profit colleges to change their tax status.

Grand Canyon said Wednesday that it will challenge the department’s move to treat it as a for-profit under federal aid laws. ...

The Phoenix-based Grand Canyon is one of the nation’s largest universities, enrolling 105,000 students in its thriving online and campus-based programs. The Christian institution enrolls more than 20,000 students at its campus in Phoenix, where it has spent over $1 billion on capital improvements over the last decade.

Yet the university for at least five years has sought a “level playing field” with nonprofits and to drop the “stigma” of being a for-profit. The conversion has allowed Grand Canyon to bulk up its research capacity, receive philanthropic donations and participate in NCAA governance at the Division I level.

Grand Canyon had proposed a structure where the nonprofit university would outsource many of its administrative functions to a separate for-profit services corporation. That arrangement was similar to several smaller for-profits that had made the conversion. It also in some ways looked like Purdue University Global, a boundary-testing nonprofit that later was created by the acquisition by Purdue of Kaplan University, a large for-profit chain.

HLC, however, decided that too much of Grand Canyon’s academic operations would be operated by the for-profit division. ...

In July 2018, Grand Canyon celebrated earning approval from the Higher Learning Commission and its state regulatory agency in Arizona. The IRS also signed off on the university arm operating as a nonprofit 501(c)(3) organization.

The resulting structure was like the one Grand Canyon previously proposed.

Its publicly traded owner, now dubbed Grand Canyon Education, sold the campus and academic operations for $870 million to the new, nonprofit Grand Canyon University. Under a 15-year contract, Grand Canyon Education provides a wide range of outsourced support services to the university in exchange for 60 percent of its tuition and revenue.

“The structure behind the scenes will change, but our goals and mission remain the same -- to provide high-quality Christian education that is affordable to all socioeconomic classes of Americans,” Brian Mueller, Grand Canyon Education's CEO, said at the time.

However, some critics took issue with the new nonprofit and its relationship with the for-profit holding company. One reason is that Mueller presides over both entities, which critics call a conflict of interest.

Translation: Get out before you strike it rich.