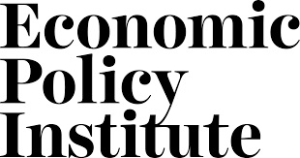 In recent weeks, a number of policy analyses [by the Penn Wharton Budget Model and the Tax Foundation] of progressive economic policies—a surtax on high-incomes, a wealth tax, and Social Security expansion—have claimed these policies would damage economic growth. Policymakers should give these analyses very little weight in debates about these issues, for a number of reasons.

First, and most important, is the fact that all of these analyses are grounded in an economic view of the world that sees growth as constrained by the economy’s productive capacity (or the supply side of the economy) and not by the spending of households, businesses and government (the economy’s demand side). These estimates have other problems too—they are not even particularly convincing supply-side estimates and even if the economy’s growth really was constrained by supply, these estimates would still be misleading about the effects of these policies on welfare. But the biggest reason why policymakers should give these analyses zero weight is because they assume that growth is almost never demand-constrained. ...

Is any of this a call for economic nihilism—simply rejecting any finding that progressive policies may have effects we’d want to consider when debating them? Not at all. For example, the Earned Income Tax Credit (EITC) is a very popular policy among progressive policymakers. Yet high-quality research indicates that some of its benefits may leak away from low-wage workers and to their employers. Knowing this, pairing the EITC increase with a minimum wage increase can help ensure that more of its gains are captured by workers. Analogously, it is conceivable (but by no means assured) that the wealth tax could indeed reduce savings by the very wealthy. If direct empirical estimates confirmed that, this would be valuable information. If further research indicated that reduced national savings overall were a binding supply-side constraint on growth (unlikely in the near-term or medium-term) then researchers could next look at whether or not the wealth tax boosted savings by the non-wealthy (it might). If the net effect of the wealth tax showed that it reduced national savings and caused supply-side constraints to bind, then complementary policies could be considered. For example, some have put forward plans for universal Guaranteed Retirement Accounts, financed by a combination of broad-based tax increases and mandatory contributions from employers and employees. Such plans would increase national savings.

Genuine information about economic policies is good and useful. But the highly stylized output of models that assume supply-constraints on growth are the norm, and which are presented as effects on “growth” and “jobs” with no further context are notably unuseful, and often actively misleading in today’s policy debates.