Boston Globe, After New Zealand, Here’s What Scott Brown (Yes, That One) Is Doing Next: 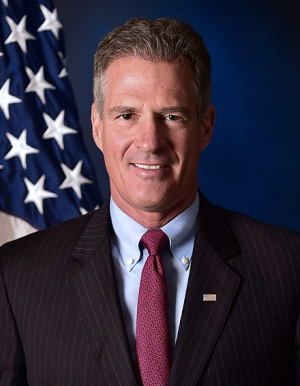 Brown and New England Law Boston announced Friday that Brown will become president and dean of the law school in December 2020 after completing his time as ambassador.

“It’s an exciting opportunity, something new and interesting,” he said in a telephone interview from New Zealand, where he’s been the top American diplomat since 2017. “I was a law student. I was a solo practitioner. I’ve been in JAG (judge advocate general). I’ve written laws as state rep, state senator, US senator.”

Brown, 60, said he is looking forward to working collaboratively with faculty, staff, and students. He said he is also excited for the public-facing part of the job, from fund-raising to boosting the profile of the downtown Boston school in the region and beyond.

Brown replaces John O'Brien, who is America's longest serving dean (32.5 years when Brown takes over in December 2020). O'Brien's $867,000 salary drew scrutiny from The Boston Globe in 2013 amidst soaring tuition and declining job prospects for New England Law Boston graduates. The Globe reported at the time that O'Brien's salary was higher than other law school deans. According to the most recent information available (2017), O'Brien's compensation is $800,000. Salary.com reports that the average law school dean salary is $291,952 and a typical range of $254,086 - $341,151.

Elizabeth Warren, who defeated Brown in the 2012 U.S. Senate race, tweeted her congratulations: 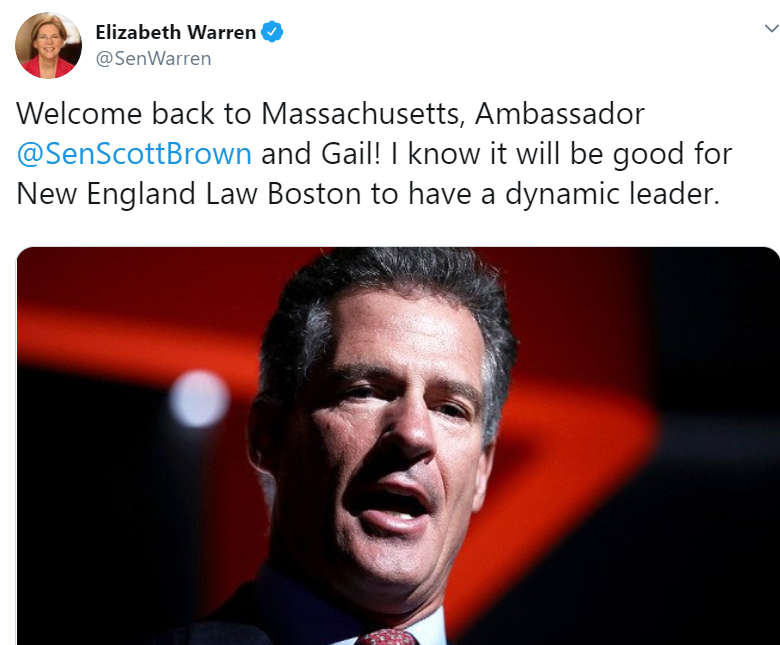 2018: 80 of 183 grads in LT/FT/license-required jobs 10 months after graduation. Virtually all were at small firms.

It is also one of the 18 law schools where more than a quarter of grads have not passed the bar exam within two years of graduation, which will threaten the school's accreditation under the ABA's new bar passage standard.

And their solution is to hand over leadership to a person with no immediately discernible professorial or academic administrative experience, whose career in legal academia is mostly known for posing nude for Cosmo. Solid reasoning, that.