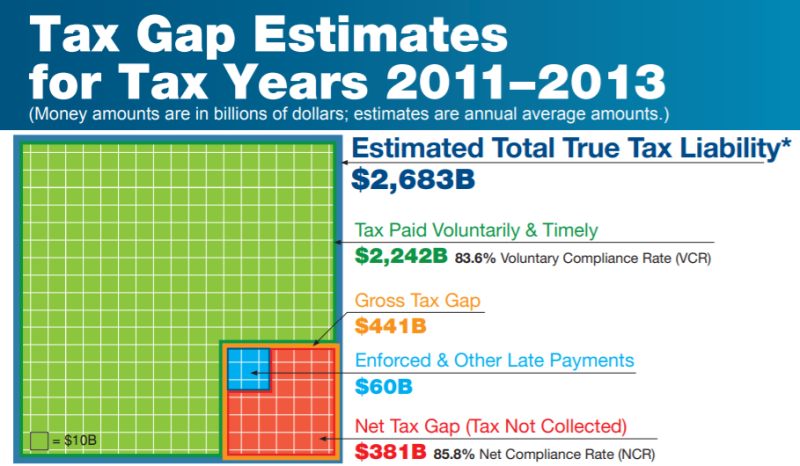 Americans pay about 86% of their federal taxes, leaving a $381 billion annual gap between taxes owed and taxes collected, according to an Internal Revenue Service study released Thursday.

The government’s first report on the “tax gap” since 2016 shows tax compliance holding steady as the IRS shrinks. However, the study covers tax years 2011 through 2013, and the IRS has reduced audits and staffing considerably since then.

In those years, taxpayers paid 83.6% of the taxes they owed voluntarily and a total of 85.8% after IRS enforcement efforts. Those are about equal to the previous study, which covered tax years 2008 through 2010 and was updated with the same methodology used for the new analysis.

“Voluntary compliance is the bedrock of our tax system, and it’s important it is holding steady,” Charles Rettig, the IRS commissioner, said in a statement.

Dale: You cite $70 million in improperly claimed tax credits for electric vehicles as part of the tax gap.

Roughly 80% of the tax gap ($352 billion out of $441 billion) is due to unreported income by self-reporters. Most workers have their income and tax reported to the IRS by their employers. Not self-reporters though: they report their own numbers, and they under-report about two-thirds of their actual income.

And some of you want to implement a wealth tax? Are you kidding me? The IRS can't even handle the current income tax.