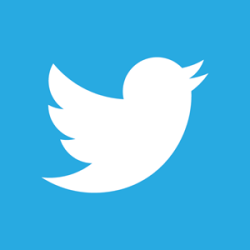 Law professors are trained to share their thoughts in lengthy, exhaustively footnoted journal articles. So it makes sense that the legal academy as a whole was initially reluctant to embrace Twitter, a medium that forces users to be concise and where the conversation can be bare-knuckled.

But it seems law professors are finally coming around to Twitter. A recent census of law professors on Twitter found that at least 1,310 are on the platform, which represents an increase of more than 500% from 2012, when just several hundred were tweeting.

More law professors have jumped on the Twitter bandwagon as they have watched early adopters use the platform in a variety of ways: From promoting their own work or offering commentary on the news of the day to connecting with others in their field or even engaging with the general public, said Bridget Crawford, a professor at Elisabeth Haub School of Law at Pace University, who compiled the data. ...

To be sure, the number of law professors on Twitter is still a relatively small slice of the legal professoriate as a whole. According to the Association of American Law Schools, there were 9,666 full-time law professors in the U.S. in 2018. That means just 11% reported using Twitter this year. ...

Crawford did not collect data on which law professors have the most Twitter followers, though Ryan Whalen, a law professor at the University of Hong Kong, used Crawford’s 2018 census data for a deeper analysis of the legal education Twittersphere. He found that Harvard Law professor and activist Larry Lessig by far had the most followers, at 358,128.