Daniel Shaviro (NYU) presents Digital Service Taxes and the Broader Shift from Determining the Source of Income to Taxing Location-Specific Rents at NYU today as part of its Tax Policy Colloquium Series hosted by Lily Batchelder: 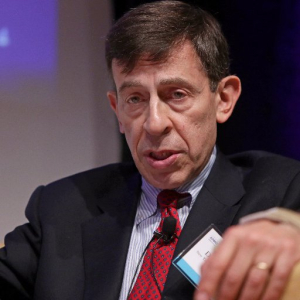 In recent decades, a number of fantastically successful, mainly American, multinational entities (MNEs) — led and epitomized by the “Four Horsemen,” Apple, Amazon, Facebook, and Google — have risen to global economic hyper-prominence. While their market capitalizations and profits are high, reflecting that they earn substantial rents or quasi-rents, their aggregate global taxes are generally quite low, reflecting their ability to create stateless income.

Often, these MNEs are technology companies, like the Four Horsemen – but not always. Starbucks, for example, enjoys high global profits and low taxes despite its following a classic brick-and-mortar retail business model. This reflects that, like its more obviously high-tech peers, it relies on valuable intellectual property that helps it in creating both global pretax profitability and stateless income.

Such MNEs’ rise has placed substantial pressure on existing corporate income tax models. While the existing models might perhaps be significantly improved, this would still leave market countries (where the MNEs’ consumers are located) well short of being able to tax, as fully as they might like, the location-specific rents that these companies earn by interacting with their residents.

Market countries that use novel tax instruments, such as properly designed digital services taxes (DSTs) to expand their capacity to reach such location-specific rents, are not acting unreasonably, as judged within existing (and fairly lax) norms for constraining and channeling countries’ self-interested behavior. DSTs also have the potential (although whether it will be realized is uncertain) to improve, rather than worsen, global efficiency and distribution. Whether they prove permanent or merely transitional, DSTs look like harbingers of a new era in which entity-level corporate taxation rightly focuses more on locational rents, and less on decades-old doctrinal and semantic debates concerning the supposedly “true” source of economic income and value creation.