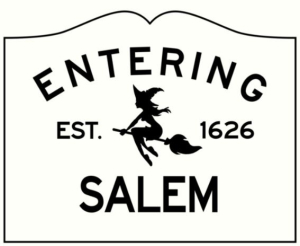 My wife and I returned to my boyhood home of Salem, Massachusetts for the funeral on Friday of Claire Dionne, who was my late father's companion for 14 years after my mother's death until his death in 2007.  We stayed in touch with Claire over these twelve years, and she often visited us (with my Aunt Carol) in California (at first during my summers teaching in San Diego, and later in Malibu).

It struck me that this was likely my last trip to Salem, as there is nothing there to draw me back.  As we drove past my childhood haunts, I couldn't help but think about my 3,309-mile, 62-year journey from Salem to Malibu and the enormous role luck and providence have played in my life.  I would not change a thing: the gut-wrenching lows and the thankfully more frequent euphoric highs, and everything in between, have molded me into the person I am today.  But I wish my parents could have lived to see the man I have become — still deeply flawed, but much different than the person they last saw at age 34 and age 49.

Sitting in the same Catholic church for Claire's funeral that I attended as a boy, and returned to for my sister's wedding and my father's funeral, brought tears to my eyes.  I pondered how the turning point of my life was walking into a different church in Cincinnati in 1996.  As the priest connected Claire's baptism and funeral, and her eternal life through faith in Christ, it seemed strangely appropriate that we were in Salem — whose Biblical namesake had as its king Melchizedek, through whom God established the priestly line in which Christ is the eternal high priest (Psalm 110:4).  Although I may never return to Salem, Massachusetts, Salem will always be a part of my past and my future.

Very thoughtful and hits close to home. Thanks Paul

May the Lord bless you and yours and continue to guide you. Your parents may not have known you as a man, but they knew and loved you as a boy and filled you up to be the man you are. They knew you then for the man you would be. And their treasured boy you will always be. Best regards.

Very nice, Paul Caron. I can relate to this very much... maybe it is something about being in one's 60's ... all the changes that are inevitable seem to come during this decade. Good luck and continued success in all you do.

I think that parents and grandparents may underestimate their kids' and grandkids' potential interest in spending a day or two seeing the place where they grew up. I lost my father a few years ago now, and I really wish that we had planned a trip to see the town where he was born & lived through high school. Just a thought, FWIW.