ProPublica, Inside TurboTax’s 20-Year Fight to Stop Americans From Filing Their Taxes for Free: 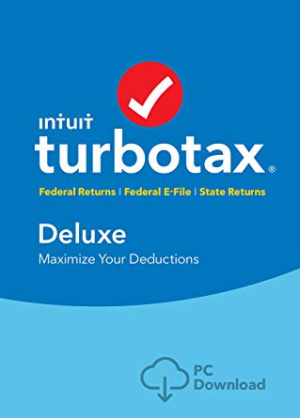 Intuit began in the 1980s as an accounting software company focused on helping people with their bookkeeping. Over time, the company, like the other giants of Big Tech, cultivated an image of being not just good at what it did, but good, period. In a recent Super Bowl ad, Intuit portrayed itself as a gentle robot that liberates small-business owners from paperwork. The company stresses values above all, urging employees to “deliver awesome” and pursue “integrity without compromise.”

Intuit’s QuickBooks accounting product remains a steady moneymaker, but in the past two decades TurboTax, its tax preparation product, has driven the company’s steadily growing profits and made it a Wall Street phenom. When Smith took over in 2008, TurboTax was a market leader, but only a small portion of Americans filed their taxes online. By 2019, nearly 40% of U.S. taxpayers filed online and some 40 million of them did so with TurboTax, far more than with any other product.

But the success of TurboTax rests on a shaky foundation, one that could collapse overnight if the U.S. government did what most wealthy countries did long ago and made tax filing simple and free for most citizens.

For more than 20 years, Intuit has waged a sophisticated, sometimes covert war to prevent the government from doing just that, according to internal company and IRS documents and interviews with insiders. The company unleashed a battalion of lobbyists and hired top officials from the agency that regulates it. From the beginning, Intuit recognized that its success depended on two parallel missions: stoking innovation in Silicon Valley while stifling it in Washington. Indeed, employees ruefully joke that the company’s motto should actually be “compromise without integrity.”

I worked at CCH, a minor player in consumer tax software and a major player in business tax software) when FFA was created, and it was always intended as a defense to IRS creation of consumer tax software (and perhaps to the creation of business tax software, ala EDGAR for SEC filings). What is truly disturbing about the current situation is that the major commercial players have turned a defensive shield into an offensive money-making weapon, all in the guise of public service. Taxpayers in need of assistance should turn to VITA or AARP Tax-Aide (I am involved in the latter--full disclosure) for truly fee tax filing.

Tax preparation is complex and expensive because the tax code is complex, not because of Intuit.

I wish Intuit would charge reasonable prices for their products, as they once did for Vanguard customers. Nobody likes paying a rip-off price. If your tax return is just a few pages the software should not cost $50 year after year.