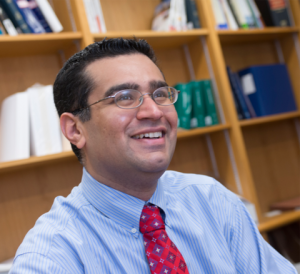 For around 40 years, U.S. Presidents and major-party Presidential candidates have publicly released their personal income tax returns. However, during the last election cycle, Republican candidate Donald Trump broke from this recent tradition and did not disclose them. This nondisclosure ultimately did not imperil his candidacy, and he became the 45th President of the United States.

But calls for the President’s tax returns continued. Many Democratic legislators believed that the President’s tax returns could contain important information related to his apparent conflicts of interest and his foreign connections. However, for two years, the Republican-controlled Senate and House of Representatives declined to pursue those returns.

After the 2018 midterm elections, Democrats took control of the House and formally requested President Trump’s tax returns. The House Ways & Means Committee, which issued the request, has pointed to Section 6103(f)(1) of the tax code. That section provides that congressional tax committees may request from the IRS anyone’s tax return or return information (collectively, “tax return information”). Legislators believe that the IRS must comply with their request for President Trump’s tax return information, because the statute provides that the IRS “shall” do so. Section 6103(f)(1)’s literal language supports their interpretation.

However, this Article argues that a congressional request under Section 6103(f)(1) nonetheless faces an important limit. Part II briefly surveys the legislative history related to tax privacy and the circumstances that led to Section 6103(f)(1)’s enactment. Part III examines the general constitutional principles related to Congress’s investigative authority and argues that any congressional request for tax return information must fulfill a legitimate legislative purpose. Though Section 6103(f)(1) might speak in unqualified terms, that statute cannot establish congressional access to tax return information beyond that allowed by the Constitution.

Parts II-IV explore the legal issues generically, that is, without regard to the dispute over President Trump’s tax return information. But Part V explores the Ways & Means Committee’s specific request. That request has been followed by a committee subpoena and has prompted a lawsuit. New facts have also continued to emerge. Part V thus offers a framework for analysis but does not offer any definitive conclusions. It expresses doubt that the committee’s request and subpoena currently further legitimate legislative purposes, but things could change.