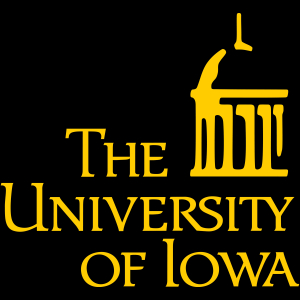 In January, a federal judge ruled that the University of Iowa violated the First Amendment rights of a group called Business Leaders in Christ by de-recognizing it because its “statement of faith” bans those in LGBTQ relationships from leadership roles.

On Friday, the same federal judge in Iowa issued a very similar ruling involving a similarly situated Christian student group at the university. But this decision goes further: it finds that Iowa administrators could be held personally liable for damages because they should have known better than to treat the second group that way after the ruling in the earlier case. ...

Judge Rose's analysis of the InterVarsity case largely mirrors her findings in the Business Leaders in Christ case; broadly, she finds that the university violated the group's rights to free speech, freedom of association and freedom of religious exercise. Her analysis focuses not on whether the human rights policy was constitutional, but on whether university officials applied the policy equitably to all groups. She concludes that they did not, in ways that unfairly discriminated against InterVarsity.

The biggest difference between the two cases, though, comes in the judge's conclusion about liability for campus administrators. In the business leaders' case, the court determined that university officials deserved qualified immunity, because "the university's compelling interests in the human rights policy, along with the university setting," differentiated that case from previous legal precedents that prohibit "selective application of a nondiscrimination policy."

The InterVarsity case was different, Rose ruled. Once the judge ruled as she did, issuing the preliminary injunction in the business leaders' case in January 2018, Iowa officials were bound by precedential federal law not to "selectively enforce its human rights policy against a religious student group." But that's precisely what they did, Rose said, in de-registering InterVarsity that June.

Rose ruled that several Iowa officials — Melissa S. Shivers, vice president for student life; William R. Nelson, associate dean of student organizations; and Andrew Kutcher, coordinator for student organization development — "each understood the preliminary injunction to mean that the university could not selectively enforce the Human Rights Policy against some RSOs but not others." As a result, the judge said, they do not qualify for immunity and could face financial damages at a later stage of the proceedings.

I suppose it's joint and several liability. Probably the University will voluntarily cover the damages owed by administrators (is that legal for a public institution? Business judgement rule?) If it didn't, what is the usual way that damages get allocated?