Drumbl Presents Tax Credits For The Working Poor: A Call For Reform Today At San Diego 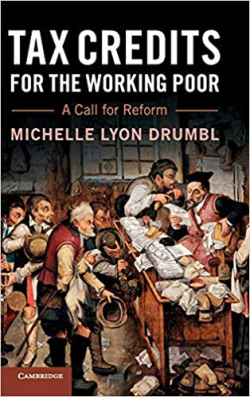 The United States introduced the earned income tax credit (EITC) in 1975. Today it is the most significant earnings-based refundable credit in the Internal Revenue Code. The United States is the oldest example of a country using its domestic revenue system to deliver and administer social welfare benefits to lower-income individuals or families, but this approach is no longer unique to the United States: a number of other countries, including New Zealand and Canada, have experimented with or incorporated analogous credits into their tax systems. These other countries imported the concept from the United States. Might the United States be able to improve upon the administration of its EITC by importing the experiences and lessons learned in other countries?

From the unique lens of a tax justice warrior working on the frontlines fighting poverty, Michelle Lyon Drumbl details the troubled history of US refundable tax credits and compares similar international programs to reimagine relief for America's vulnerable working families. A must read for anyone engaged in critical rethinking of economic justice policies.
Francine J. Lipman - University of Nevada, Las Vegas

Michelle Lyon Drumbl draws on a wide range of resources – including the history of the EITC, studies about its impact, the experience of other countries with similar programs, and her years representing taxpayers in EITC disputes with the IRS – in making a number of thoughtful proposals for improving the design and administration of the EITC. This book is a must-read for anyone interested in the future of federal antipoverty policy in the United States.
Lawrence Zelenak - Duke University, North Carolina, and author of Learning to Love Form 1040: Two Cheers for the Return-Based Mass Income Tax (University of Chicago Press 2013)

I wonder if Michelle realizes how big a magnet for fraud the EITC program is. Thirty years ago I was part of an IRS investigation that disclosed over 30% of EITC returns that got through screening were false or fraudulent. And that was when it was a $ 30 Billion a year program; I bet it is more than that now.