Colleges Go To Court Over A Donor’s Intent

Following up on my previous post, Hillsdale College Sues University Of Missouri Over $5 Million Donation:  Wall Street Journal op-ed:  Colleges Go to Court Over a Donor’s Intent, by Nicole Ault: 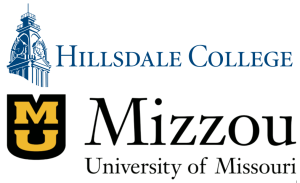 The gift seemed too good to pass up: a $5 million bequest from a wealthy alumnus for the University of Missouri, endowing three chairs and three professorships in its business college. The condition was unusual, requiring each of the six to be a “dedicated and articulate disciple of the free and open market economy (the Ludwig von Mises Austrian School of Economics).” But after the donor, Sherlock Hibbs, died at 98 in 2002, Mizzou accepted. It shouldn’t have.

The university betrayed its benefactor almost immediately, putting previously hired professors who weren’t Austrian adherents into five of the six positions. Mizzou might have gotten away with this maneuver, but Hibbs, a World War II veteran and financier, included in his will an accountability mechanism.

Mizzou must certify every four years to Hillsdale College—a liberal-arts school in Michigan with a conservative reputation—that it has complied with the will. Otherwise the money would go to Hillsdale, which offers courses in Austrian economics and holds Mises’ personal library. (Hibbs separately endowed a $1.3 million chair at Hillsdale, which is my alma mater.) Hillsdale disputes the certifications and is suing the university’s Board of Curators. ...

If Mizzou didn’t want six professors who commit to this way of thinking, it could have forgone Hibbs’s gift. Jay Nixon, a Democratic former governor of Missouri and a Mizzou grad himself, is representing Hillsdale in the lawsuit. He says he hopes Hillsdale’s “appropriately aggressive” response will warn colleges to take donors seriously and laments that Mizzou students are missing out on a “legitimate, significant, intellectual” school of thought.

What Mizzou "shouldn't have" done is cheat their donor. If schools would look more to reasonable real-world input and successful economics and less to their own navels, we'd have much less friendly-but-unrepayable waste like the loan situation in the post right below this one!