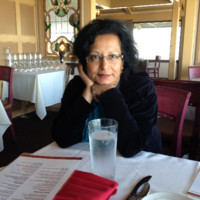 A California appeals court last week upheld a jury’s earlier verdict that San Francisco State University retaliated against a professor in denying her tenure after she complained about the climate for minority women.

The case is significant because professors don't often sue over tenure denials, even when they think they've been wronged. And even when they do sue, courts typically defer to colleges because tenure cases tend to be so complex. But Gupta's evidence of retaliation by one administrator in particular, supported by witness testimony, is compelling. The case also turns — to a surprising degree, given that so many experts say they shouldn't be used in high-stakes personnel decisions — on student evaluations of teaching.

According to court records, Gupta, who is from India, was hired on to San Francisco State’s tenure track in 2006. She received lower-than-average student evaluations of teaching effectiveness during her first three semesters. ... In her third year, according to court records, Gupta adjusted her teaching style and received positive reviews from her three faculty peer evaluators. Her student ratings also began to improve.

In late 2009, Gupta and several other women of color in the School of Social Work wrote a letter to Sue Roster, the provost, to request a meeting about what they called abuses of “power and authority, excessive micromanagement, bullying and the creation of a hostile work environment.” At the eventual meeting, Gupta and her colleagues told several administrators — including Don Taylor, then the dean of the College of Health and Social Sciences — that they were most concerned about the director of the School of Social Work at the time, Rita Takahashi. The professors also expressed general concerns about the climate for people of color on campus. ...

Just weeks later, in early 2010, Gupta received a fourth-year review that was critical not just of her teaching — which had been improving, based on her third-year review — but also, for the first time, of her research and service. Gupta says the review cited alleged problems with her syllabi, which were later proven inaccurate. And the review also mentioned in passing her student ratings, which were by then above the department average.

Soon, Gupta sent emails to a colleague complaining that her workplace was hostile to women of color and that both Taylor and Takahashi were responsible for the environment.

Is Takahashi also a woman of color?