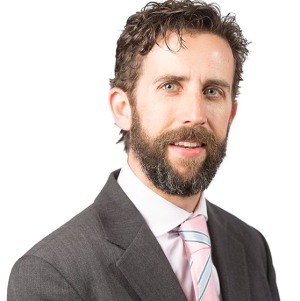 Gun violence is an outsized problem in the United States. Between a culture that allows for relatively unconstrained firearm ownership and a constitutional provision that ensures that ownership will continue to be relatively unchecked, it has proven virtually impossible for politicians to address the problem of gun violence. And yet, gun violence costs the United States tens of billions of dollars or more annually. These tens of billions of dollars are negative externalities—costs that gun owners do not bear themselves, and thus that are imposed on the victims of violence and on taxpayers generally.

What can we do about these costs? One way to reduce them would be to pass meaningful laws, laws that would reduce the likelihood of gun violence. In light of both the culture and the Constitution of the United States, though, such legislation seems improbable. Lawmakers face significant limitations on their ability to regulate firearms directly. If they cannot prevent gun violence, though, they can at least cause gun owners to internalize the costs. Where direct regulation is difficult, they can turn instead to a Pigouvian tax.

In this Article, I propose a Pigouvian tax on firearms. The tax would be a hybrid excise tax and property tax, imposed at the state or local level. Legislatures would set tax rates that roughly approximated the amount of externality that gun violence created in their jurisdiction, and would use the revenue to reimburse individuals and governments for the costs they bore from gun violence. Such a tax would have little problem passing the constitutional muster, and, while it might have little behavioral impact, at least it would serve the interim purpose of making society financially whole, and requiring gun owners to bear a larger percentage of the costs of gun ownership.

I never understood why owning an asset in common with someone who does something horrible should make me liable to pay extra tax.

Socio-political advocacy disguised as academic research. Try valuing the external benefits of firearm ownership by private citizens before you go off half cocked on the external costs.