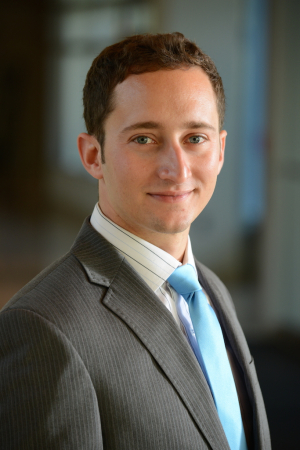 This paper uses administrative tax data to estimate top wealth in the United States. We build on the capitalization approach in Saez and Zucman (2016) while accounting for heterogeneity within asset classes when mapping income flows to wealth. Our approach reduces bias in wealth estimates because wealth and rates of return are correlated. Overall, wealth is very concentrated: the top 1% holds as much wealth as the bottom 90%. However, the “P90-99” class holds more wealth than either group after accounting for heterogeneity. Relative to a top 0.1% wealth share of more than 20% under equal returns, we estimate a top 0.1% wealth share of [15%] and find that the rise since 1980 in top wealth shares falls by [half]. Top portfolios depend less on fixed income and public equity, depend more on private equity and housing, and more closely match the composition reported in the SCF and estate tax returns. Our adjustments reduce mechanical revenue estimates from a wealth tax and top capital income shares in distributional national accounts, which depend on well-measured estimates of top wealth. Though the capitalization approach has advantages over other methods of estimating top wealth, we emphasize that considerable uncertainty remains inherent to the approach by showing the sensitivity of estimates to different assumptions. 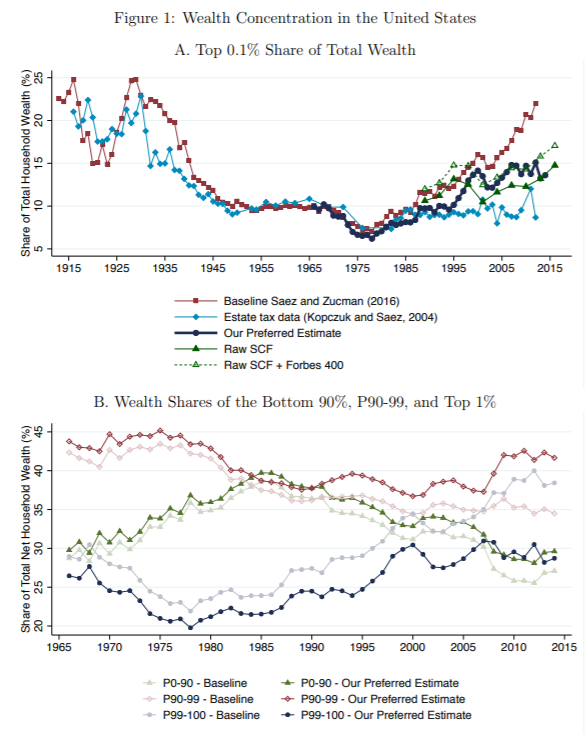