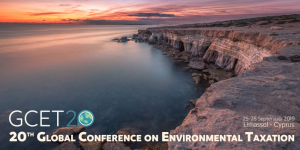 Most of us have experienced riding an elevator with strangers. Many of us have experienced the slightly uncomfortable feeling as strangers continue entering the elevator until it is full or maybe even touching strangers as the elevator fills. People vary worldwide in the amount of private space they are accustomed to enjoying. In other words, how many people have to get onto the elevator with you before you feel physically uncomfortable? Assume that so many strangers crowd on to the elevator that, as clean air in the elevator runs out, they will all suffocate to death. The elevator story provides a simple picture of humanity’s ultimate demise. This article discusses the situation of the strangers; a growing population. The article explains the most serious contributors to the increasing number of strangers: (1) existing government pronatalist policies; (2) the ugly secrets of immigration; (3) artificial intelligence dramatically reduces the need for humans; and (4) the impacts of worldwide growth.

Like the elevator, the impact of population on Earth’s wellbeing is nothing more than a scientific equation – Carry Capacity. For an elevator, consider the size of the elevator; any life sustaining resources available; the number of people supported by the elevator; and its resources before they begin to suffocate or starve to death. Fortunately, Earth has abundant space and resources. But we know that space, resources, and the population are all in critical condition. Scientists estimate that the Earth’s carrying capacity is reaching its limits. Moreover, increasing immigration and the significant increase in sourcing jobs to AI could result in the overall carrying capacity of the earth to decline. Yet, the United States operates on a growth model that can no longer be sustained. “Growing the U.S. economy” must be replaced. As population continues to grow and resources decline (jobs taken by AI), carrying capacity must be adjusted to avoid world tragedy. The elevator is full!

By analyzing U.S. Federal tax policy, the article suggests changes and additional work to be done. For example, the U.S. tax law contains conflicting tax provisions both encouraging and discouraging population growth. This article discusses how population growth negatively impacts the environment; the U.S. policies on population as subsidized through the tax system; and alternative tax policies to mitigate U.S. population growth and repeal of existing pronatal policies.

Stranded assets are capitalized expenditures for business assets, the costs of which can no longer be recovered when changes in markets, technology, or regulations force the assets’ premature retirement. While unregulated firms may contain their risk by diversifying assets and income streams, procuring insurance or engaging in hedging transactions, regulators generally bar public utilities from taking these actions. News media and accounting, insurance, and academic articles report that over $20 trillion in fossil fuel assets may be stranded if greenhouse gas emissions are regulated. In this context, stranded asset concerns have formed the basis for delays in the adoption of carbon pricing schemes, the rejection of carbon regulation altogether, bankruptcy filings, takings litigation, and investor demands for relief. This article makes four contributions. First, it quantifies the extent of stranded assets held by public utilities in the United States, pulling data from the securities filings of the fifteen largest firms to clarify the extent of their unrecovered capital. Second, it argues that U.S. tax measures have left fewer assets to be stranded, identifying “accumulated deferred income taxes” or “ADIT,” the tax savings from deferral, as a source of recovery. Third, the article critiques existing tax and regulatory rules that require the economic returns from deferral to be passed forward to consumers, resulting in discounts in electricity rates, encouraging waste, and exacerbating negative externalities. Finally, the article proposes a change in tax and regulatory policy that will enhance efficiency, manage the threat of stranded assets when greenhouse gas legislation is passed, and smooth the transition to a carbon-neutral economy.

The Suffocation talk appears to be nothing more than rampant speculation and unwarranted extrapolation on some rather shaky assumptions, with an overlay of government policies to "solve" these supposed problems. The classic "solutions" are often worse than the hypothetical disease.