Choi: An Empirical Study Of Statutory Interpretation In Tax Law

A substantial academic literature considers how agencies should interpret statutes. Yet few studies have considered how agencies actually do interpret statutes, and none has empirically compared the methodologies of agencies and courts in practice. This Article conducts such a comparison, using a newly created data-set of all IRS publications ever released, along with an existing data-set of court decisions. It applies natural language processing, machine learning, and regression analysis to map methodological trends and to test whether particular authorities have developed unique cultures of statutory interpretation.

It finds that, after Chevron, the IRS has increasingly made rules on normative policy grounds (like fairness and efficiency) rather than merely producing rules based on the “best reading” of the relevant statute (under any interpretive theory, like purposivism or textual-ism). Moreover, when the IRS does apply interpretive criteria, it has grown much more purposivist over time. 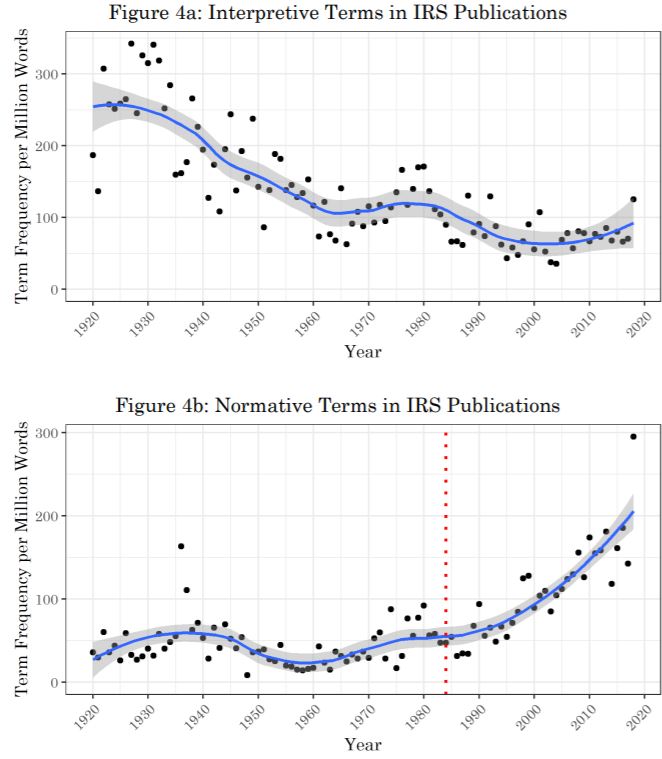 In contrast, the Tax Court has not grown more normative and has followed the same trend toward textualism as most other courts. But although the Tax Court has become more broadly textualist, it prioritizes different interpretive tools than other courts, like Chevron deference and holistic-textual canons. This suggests that each authority adopts its own flavor of textualism or purposivism. 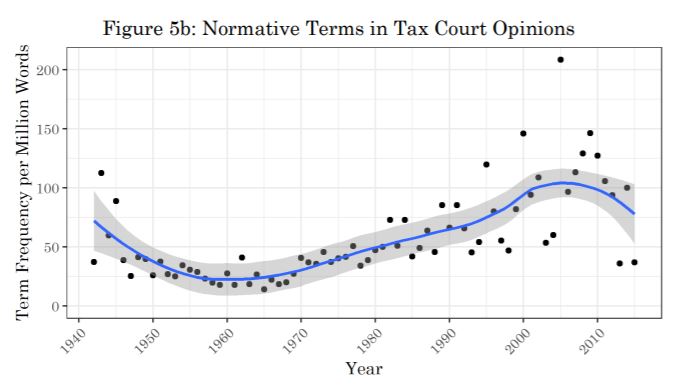 These findings complicate the literature on tax exceptionalism and the judicial nature of the Tax Court. They also inform ongoing debates about judicial deference, suggesting that Chevron does encourage agencies to engage in policy-based rule-making. Most broadly, they provide an empirical counterpoint to the existing theoretical literature on statutory interpretation by agencies.

I wonder if this is best studies quantitatively.